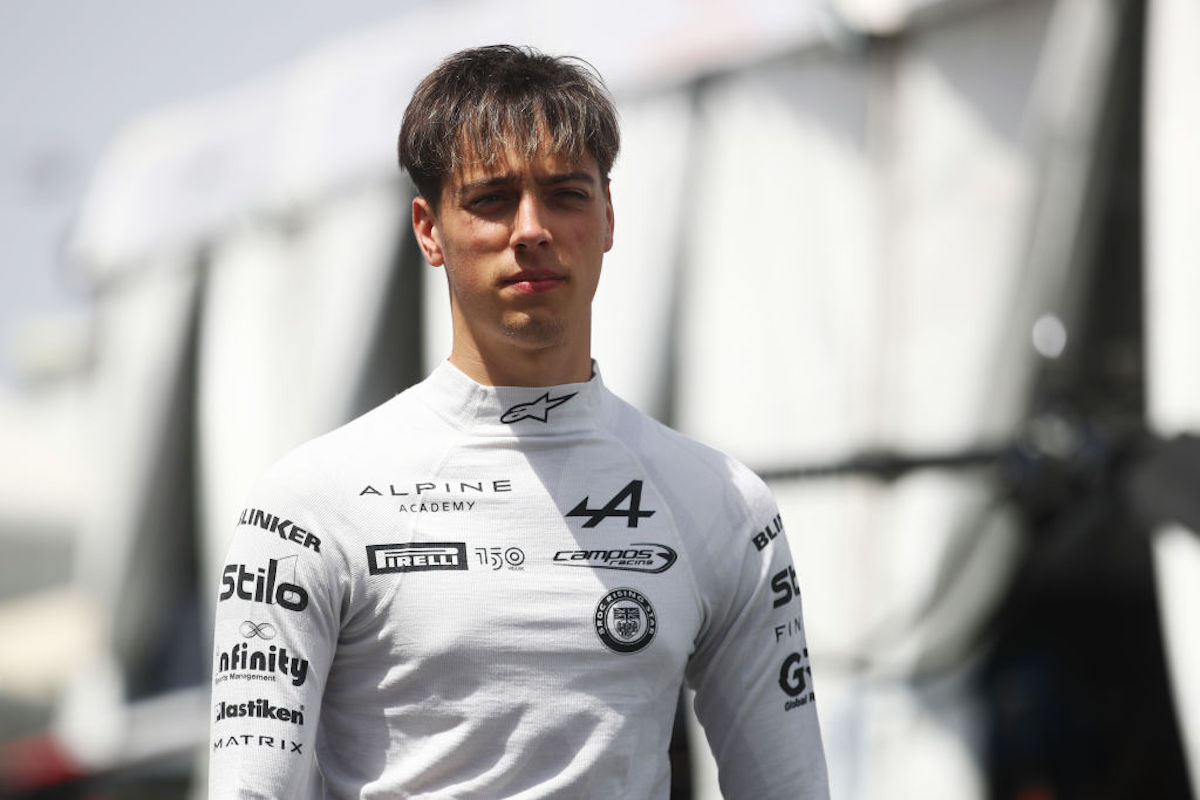 Alpine Academy driver Olli Caldwell has become the second Formula 2 racer to receive a one-round ban this season after collecting his 12th penalty point in Hungary.

The Campos Racing driver will be forced to miss the next event at Spa-Francorchamps after reaching the maximum number of permitted penalty points.

As with Amaury Cordeel, who was suspended for the Silverstone round earlier this month, Caldwell has picked up many of his 12 points for track limits offences, which the FIA has policed more strictly this year from Formula 1 downwards.

In the Hungaroring feature race, stewards determined that Caldwell left the track on four occasions “without justifiable reason”, handing him a five-second time penalty during the race and adding the 12th penalty point to his record for the season. Campos will be able to select a replacement driver for Spa.

Caldwell had been one point away from the ban since a similar track limits offence in the sprint race at the Red Bull Ring. He followed that by finishing sixth in the following day’s feature race – dominated by track limits penalties for other drivers – to score the first and only points of his first full season in F2.

The British driver joined the Alpine Academy at the start of this year and took part in his first F1 test at Silverstone last month.

Caldwell’s team-mate Roberto Merhi received a reprimand following the Hungaroring feature race after creating an “unsafe” situation during his pit-stop. Stewards found that due to a misunderstanding, the ex-F1 driver “engaged the clutch, thereby turning the rear wheels, before the left rear tyre changer had secured the wheel. The wheel came off the hub and had to be remounted and secured as a result.”

Roy Nissany is now only one point away from a one-round ban after contact with Merhi during the race. Stewards found Nissany “wholly responsible” for the collision at turn one, giving him a 10-second penalty (dropping him from 16th to 18th in the results) and adding two penalty points to his tally, which now stands at 11.