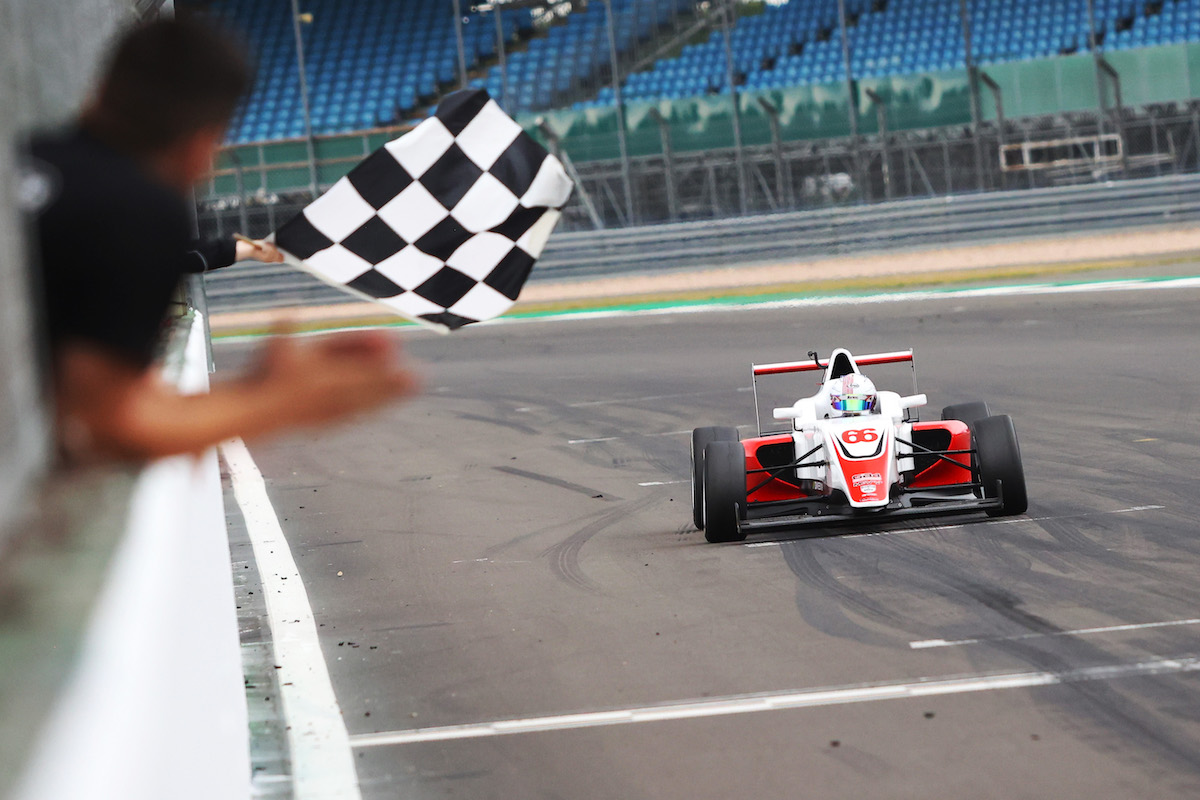 Starting from third, Taylor moved ahead of Hillspeed’s Megan Gilkes off the line before getting a run on Marzorati on Hangar Straight.

After setting up a move through Stowe, Taylor completed the overtake on the inside at Vale before pulling away to win by 1.387 seconds from the Hillspeed driver, while there was a frenetic early battle behind.

Mills passed Sherwood for third, and then remained ahead after the pair when side by side through Maggots and Becketts, with Waberski taking advantage to move up to fourth on the Hangar Straight behind his team-mate.

Gilkes then snatched fifth from Sherwood into Abbey, with Graham Brunton Racing’s Logan Hannah joining the battle and soon demoting Sherwood to seventh on the Hangar Straight.

Mills remained in third until the final lap, when Waberski drew alongside into Brooklands and squeezed through on the inside at Luffield to steal the final podium spot by 0.1s, with Gilkes coming home close behind in fifth