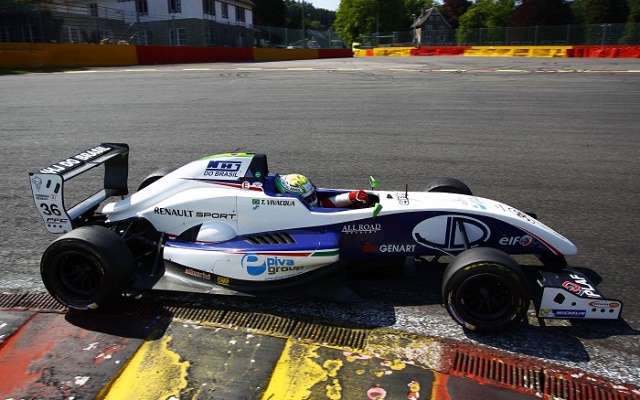 JD duo Thiago Vivacqua and Matevos Isaakyan dominated the second qualifying of Formula Renault 2.0 Alps’ round at Spa, with the Brazilian eventually clinching the top spot.

The two JD drivers took the lead as the session entered the final ten minutes, with Isaakyan initially edging ahead.

With three minutes to go, Vivacqua moved to within 0.05s off the Russian – and, as both improved next time by, he managed to beat Isaakyan by a tenth.

Neither the Russian nor anybody else could answer to Vivacqua in time as Daniele Cazzaniga brought out the yellows in turn seven, preventing anyone from putting in a fast lap at the chequered flag.

Today’s winner Jake Hughes was best of the rest, four tenths behind Isaakyan, with Vasily Romanov and Jack Aitken completing the top five.