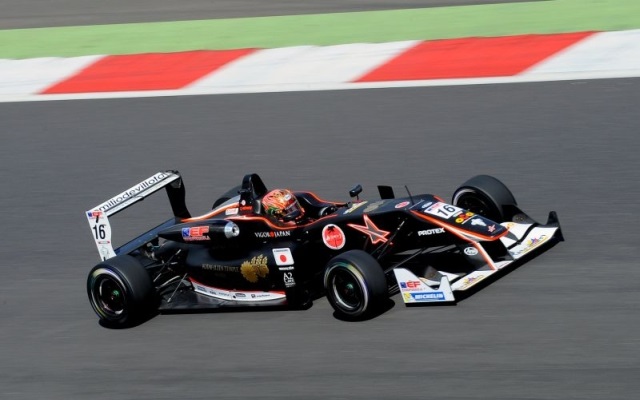 Yu Kanamaru was victorious in the first Euroformula Open race of the weekend at Silverstone.

Starting from third, Kanamaru slotted in behind pole-sitter and race leader Vitor Baptista after taking advantage of a slow start from Leonardo Pulcini, second on the grid.

The DAV driver, meanwhile, ended up retiring after making contact with Igor Walilko on the opening lap.

Kanamaru was cruising around a second behind Baptista during the first half of the race before a slight mistake from the Brazilian saw him touch the grass and lose just enough time to allow the Japanese driver to go past.

The sophomore then held on to his lead to celebrate his maiden regular-season Euroformula Open victory with Baptista following him closely to take second.

Alessio Rovera completed an untroubled race in third, while Yarin Stern finished fourth after a well-fought battle with Konstantin Tereshchenko.