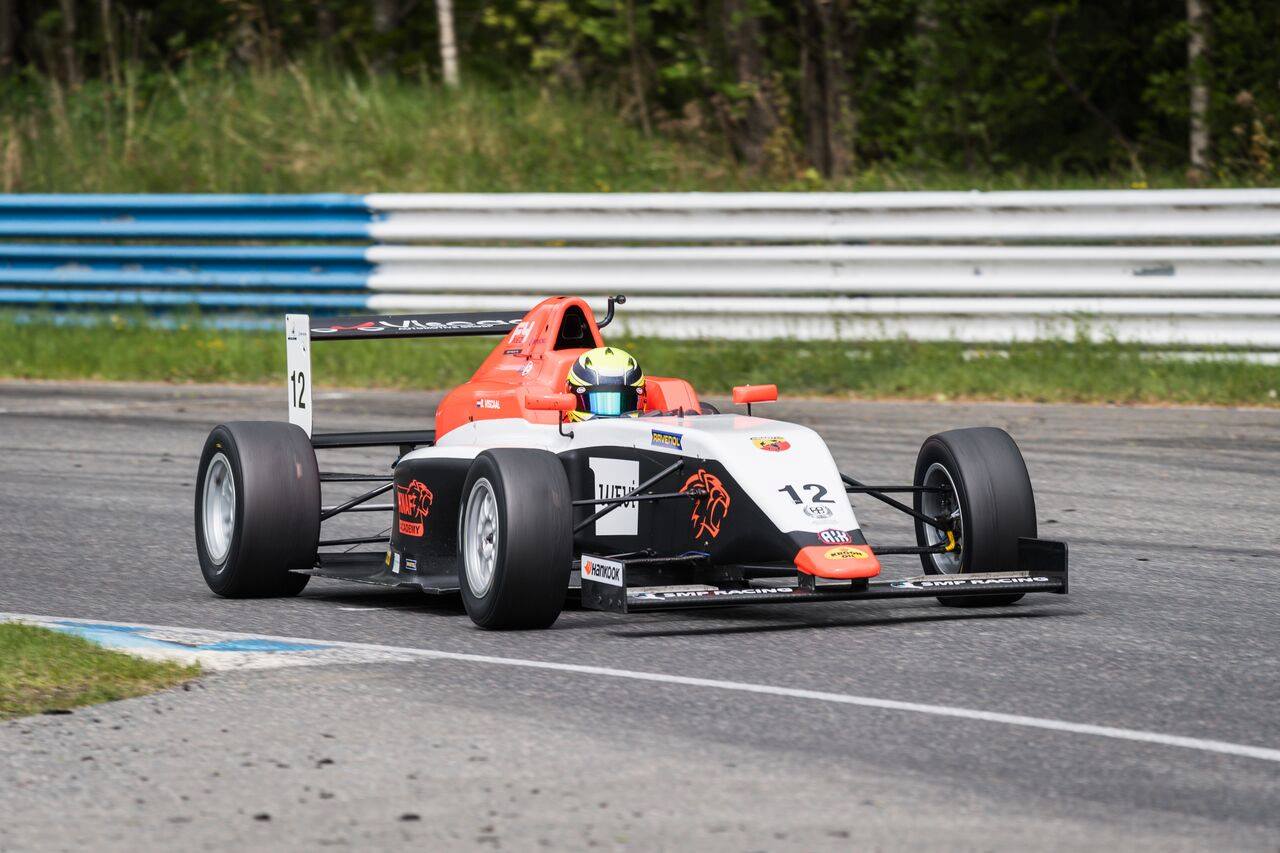 Dutch rookie Bent Viscaal held off a trio of Russian drivers to win the first SMP Formula 4 NEZ race at Ahvenisto in Finland.

Viscaal was only fifth fastest in qualifying but found himself promoted to the front row after the three fastest drivers – Renault junior Christian Lundgaard and Finns Juuso Puhakka and Tuomas Haapalainen – were sent to the back after improving under red flags at the end of the session.

This put 15-year-old Finn Sami-Matti Trogen onto pole, but he struggled to convert this, first causing an aborted start when he overshot his markings at the end of the initial formation lap, then getting away slowly when the race did finally start.

This gave Viscaal the lead, with Nikita Volegov beating Alexander Smolyar – who had to drive around the slow-away Trogen – into second place.

Austrian Lukas Donner leapt from ninth on the grid to fourth by the first corner, but his race ended on lap three when he ran wide over a kerb which launched him into the armco barrier.

With 10 of the allotted 25 minutes remaining, Viscaal had a lead of 1.1 seconds over Volegov, but the MP Motorsport man had three SMP-liveried cars close in his mirrors by the end, with Volegov and Smolyar joined by Mike Belov.

Viscaal, fifth in last year’s European?Karting Championship, held on by 0.44 seconds for his maiden car racing win, with similar gaps separating Volegov, Smolyar and Belov with only 1.383s covering all four.

The next car was 10 seconds further back, with Estonia’s Jan-Erik Meikup putting up a stern defence to deny championship leader Xavier Lloveras.

Spaniard Lloveras got inside Meikup up the hill exiting Turn 1 around half-way through, but couldn’t find a way past.

His closest series rival Lundgaard charged from the back to finish seventh, making opportunistic passes on Finns Trogen and Niskanen while queued up behind Meikup.

Trogen followed Lundgaard past a forced-wide Niskanen and forced?the Dane to look in his mirrors over the closing laps rather than attack Lloveras ahead.