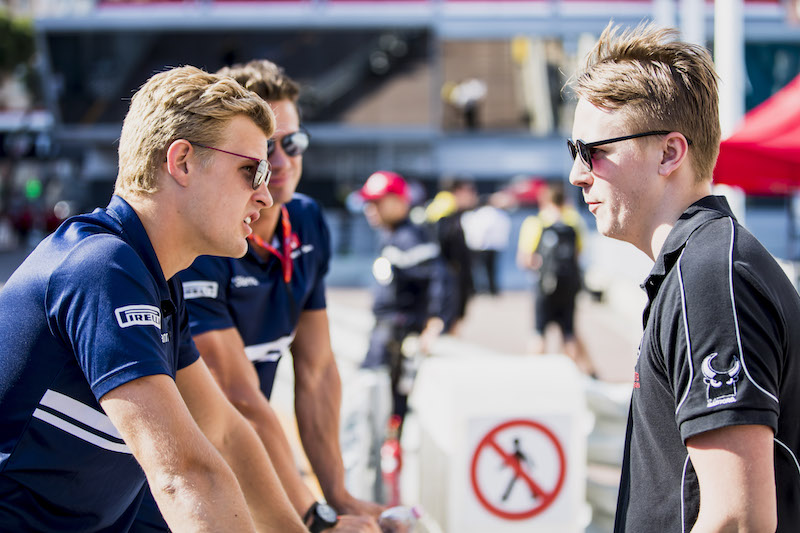 Formula 2 podium finisher Gustav Malja will drive?a Formula 1 car for the first time with the Sauber team in August.

The 21-year-old Swede will drive on one of the two days of testing at the Hungaroring on August 1-2 that follow the prior weekend’s Hungarian Grand Prix.

Malja is in his second season in the renamed Formula 2 series, and last weekend in the Monaco sprint race scored his first podium of 2017 with Racing Engineering.

?The prospect of driving a Formula 1 car is exceptionally thrilling, and a childhood dream come true,” he said.

“I can?t wait to experience that sensation; I?m sure it will be a very surreal moment.

“I will do everything in my power to make the most of the test day and learn as much as I possibly can.”

There was?understood to be Swedish involvement, already linked?to race driver Marcus Ericsson (pictured with Malja above), in the takeover of the Sauber team last year.

?We have followed him in previous years, especially last year in the GP2 Series where he consistently made progress,” said team principal Monisha Kaltenborn.

Malja?currently sits ninth in the F2 standings, having placed 13th in his rookie season with Rapax in 2016, scoring podiums at Spa-Francorchamps and Monza.