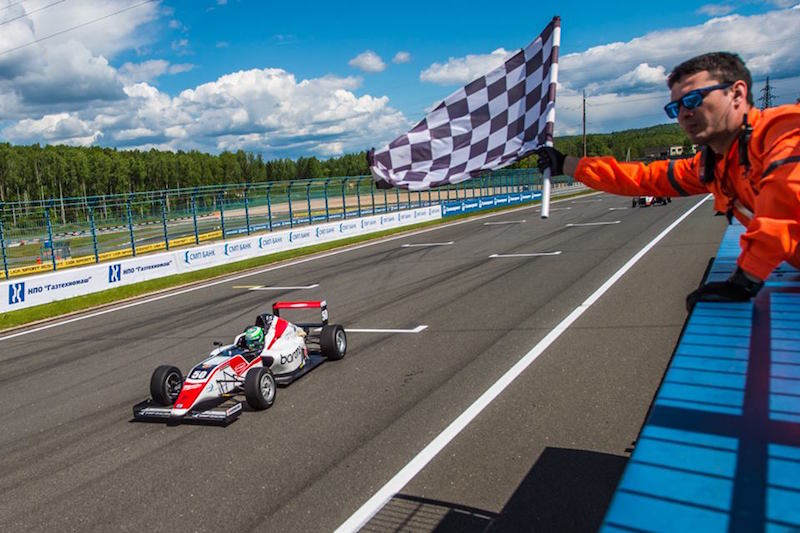 Juuso Puhakka, Nikita Volegov and Tuomas Haapalainen took a win each in round two of the SMP Formula 4 NEZ Championship at Smolensk, making it five different winners in the first six races.

A fourth and two second-places made Xavier Lloveras the highest scorer for the round however, and the Spaniard moved ahead of new Renault Formula 1 team protege Christian Lundgaard at the top of the standings.

The Spaniard started the weekend with pole position but stalled at the start of race one and dropped to the rear of the field, allowing Puhakka to take up a lead he held until the end, finishing 0.8 seconds ahead of Lundgaard.

Haapalainen hit Volegov into a spin on the last lap while trying to take third, which instead went to Alexander Smolyar who had dropped to ninth after going off on lap one. Lloveras recovered to fourth, with Volegov fifth after Haapalainen was relegated to 11th by a penalty.

Puhakka beat Lloveras into the lead again in race two, but was judged to have jumped the start and given a drive-through penalty served in the final minutes of the race following a safety car period.

That allowed Volegov to take the win, holding on in a last-lap wheel-to-wheel battle with both Lloveras and Smolyar.

Haapalainen took pole for the finale and he kept the lead at the start, as Lundgaard lost second to Lloveras when he ran out wide.

Lloveras put Haapalainen under pressure for the rest of the race but the Finn held on to win by 0.261s, with Lundgaard close behind in third in front of Smolyar, Puhakka and Volegov.