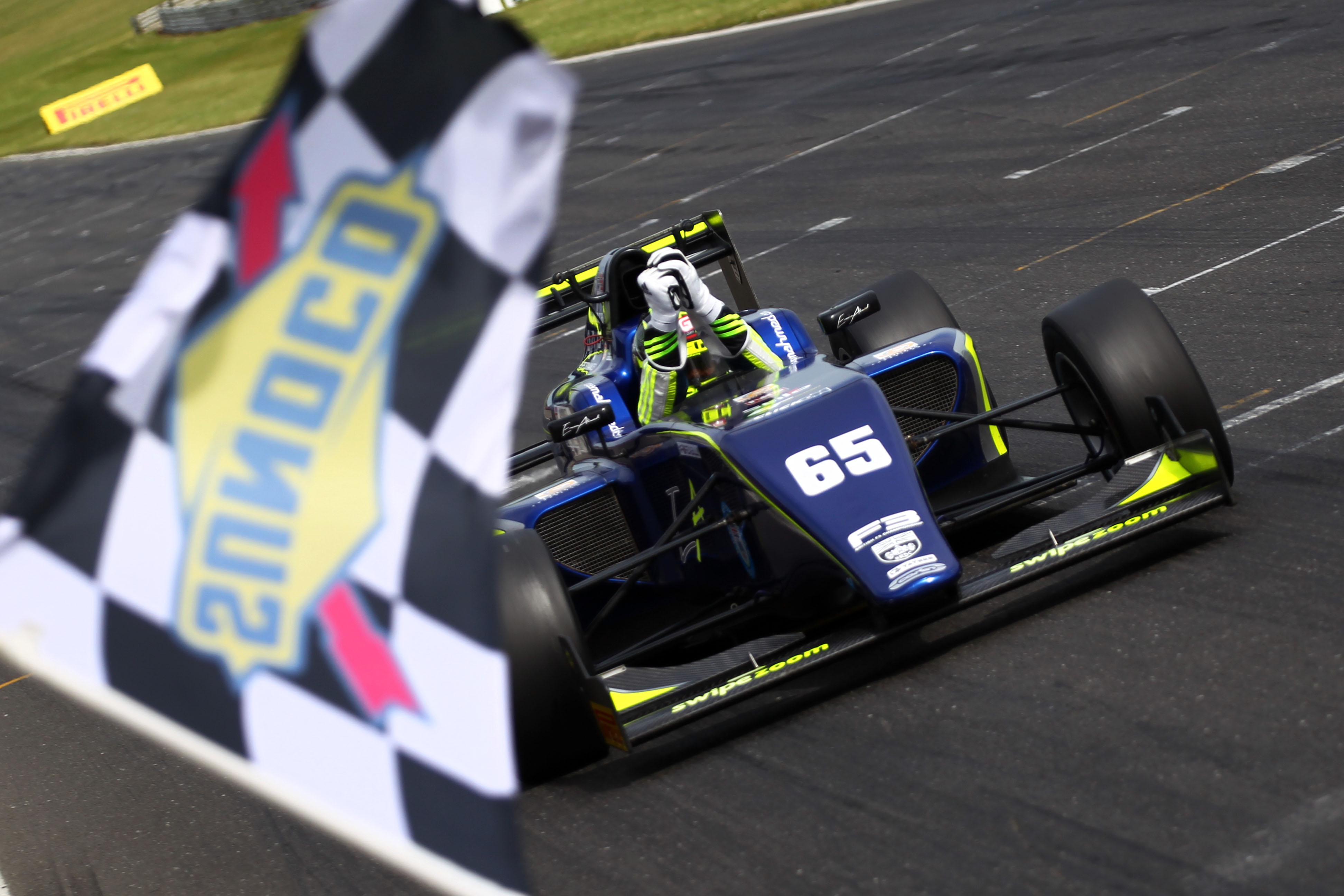 Enaam Ahmed increased his BRDC British Formula 3 lead with two more wins at Snetterton, while Jordan Cane scored a victory on his debut weekend in the series.

Ahmed was beaten to pole in a wet qualifying session by his Carlin team-mate James Pull, and he briefly lost second after the start of?race one to Toby Sowery, but went on to claim the lead on lap two, capitalising when Pull made a mistake going onto the back straight.

After a safety car, Ahmed opened up a lead of nearly three seconds, as Pull held off the attention of Sowery and Callan O’Keeffe for second.

Ahmed posted the fastest lap on his way to victory, and did the same when he finished sixth in the reversed-grid race two to make sure of pole position for the finale.

He built an advantage of nearly a second on the first lap, but that was?cut in half within three?laps by Sowery, who passed Pull at the first corner.

Ahmed was then able to up his pace, after getting his tyres fully up to temperature, and finished two seconds clear of Sowery, with Pull a further second back in third.

Former Pro Mazda driver Cane won from reversed-grid pole in race two, having come eighth in his race one as he made his series debut following his 16th birthday on Tuesday.

Cane, who made a late switch of teams from Hillspeed to Douglas Motorsport ahead of his series bow, was under pressure from Cameron Das for much of the race but eventually pulled 1.4 seconds clear.

He started?and finished?fourth in race three, holding off O’Keeffe, who had completed the podium in race two.

Das was only 15 points behind team-mate Ahmed coming into the event, and claimed pole at the previous?two rounds this?season, but had to settle for eighth in qualifying on this occasion, leading to sixth place in races one and three and a 44-point deficit in the standings.