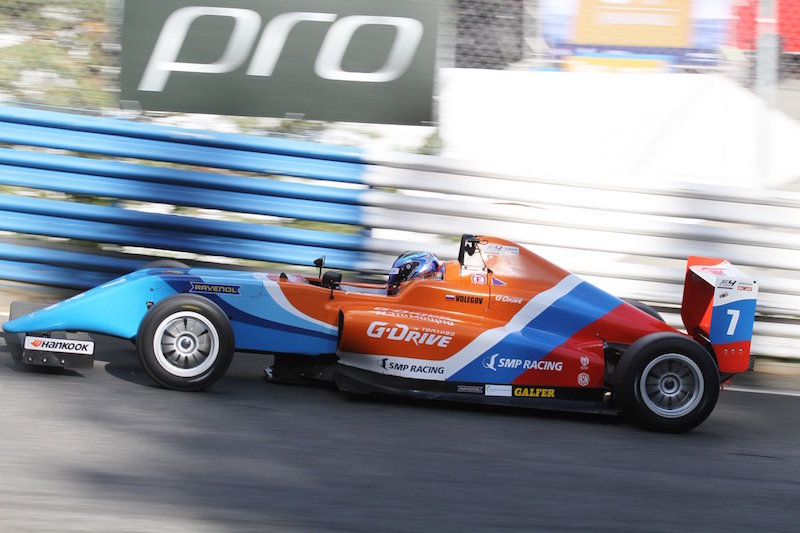 Nikita Volegov notched up his second win of the SMP Formula 4 NEZ season in race two at Ahvenisto in Finland, as race one victor Bent Viscaal was forced out after been spun around by?a team-mate.

Starting second on the grid, Volegov took the lead off the line from pole-sitter Sami-Matti Trogen, and opened up a four-second advantage over the Finnish rookie on his way to victory, following his second place to Viscaal in the opener.

Starting this race from sixth on the grid, Viscaal climbed two places at the start but his race came to an end with around 10 minutes remaining after fellow MP Motorsport driver Lukas Dunner attempted to get down the inside at Turn 10.

The pair made contact and Viscaal was sent spinning, gesticulating as his car?slid back onto the grass, where it would remain, while?Dunner also?went on to retire.

The clash promoted Mikhael Belov, who posted the best lap of the race on his way to catching third-placed Alexander Smolyar in the closing stages.

Home racer Elias Niskenen was on for fifth before he was seen stopped off-track inside the final minute, promoting fellow Finn Juuso Puhakka, who charged?from 18th on the grid.

Puhakka gained a place late on from championship leader Xavier Lloveras, who also had to defend from his chief rival Christian Lundgaard after appearing to slow prematurely at the beginning of the final lap.

Like Puhakka, Renault Sport Academy member Lundgaard again had to come from the rear?of the grid after setting the best time after red flags in qualifying.

Jan-Erik Meikup, Vladimir Tziortzis and Tuomas Haapalainen, who started last on the grid, completed the top 10.