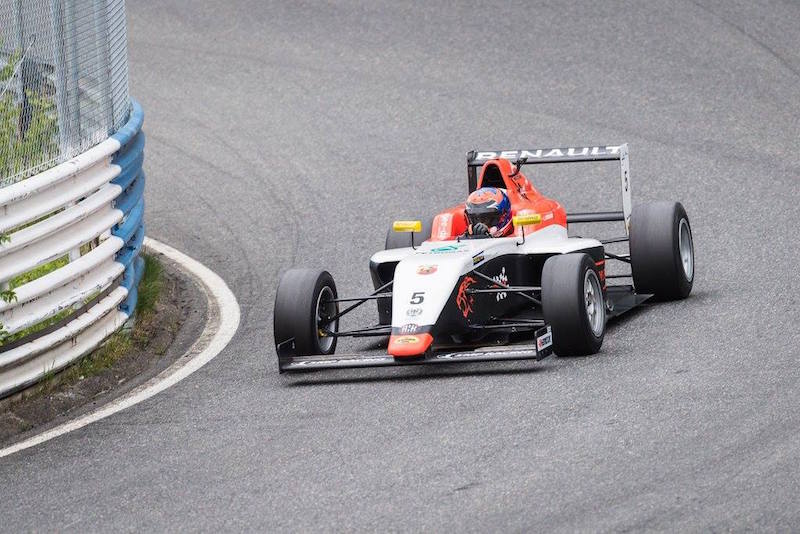 Renault Sport Academy recruit?Christian Lundgaard won the final race of the Ahvenisto round to reclaim the lead of the SMP Formula 4 NEZ standings.

The Dane had been fastest in first qualifying on Saturday but had to start the first two races of the weekend from 17th on the grid after?he posted the fastest time under a red flag, and went?on to finish both races in seventh just behind then-championship leader Xavier Lloveras.

He set the pace again in qualifying two on Sunday morning and was able to control the race from pole position, winning by five seconds over Juuso Puhakka.

Finnish driver Puhakka got the better start off the line to get alongside Lundgaard on the run to the first corner, but Lundgaard managed to hold on to the lead around the outside of the opening two turns before pulling away.

That was enough to take the championship lead away from Lloveras, who finished third, gaining a place from Tuomas Haapalainen off the start.

Race one winner Bent Viscaal got ahead of Sami-Matti Trogen at the start, but would soon be re-passed by Trogen and forced to fend off a large train of cars.

The Dutch driver was able to pull away from a struggling Vladimir?Tziortzis, who would be passed by Mikhael Belov with four minutes left and just able to fend off Elias Niskanen for 10th place.