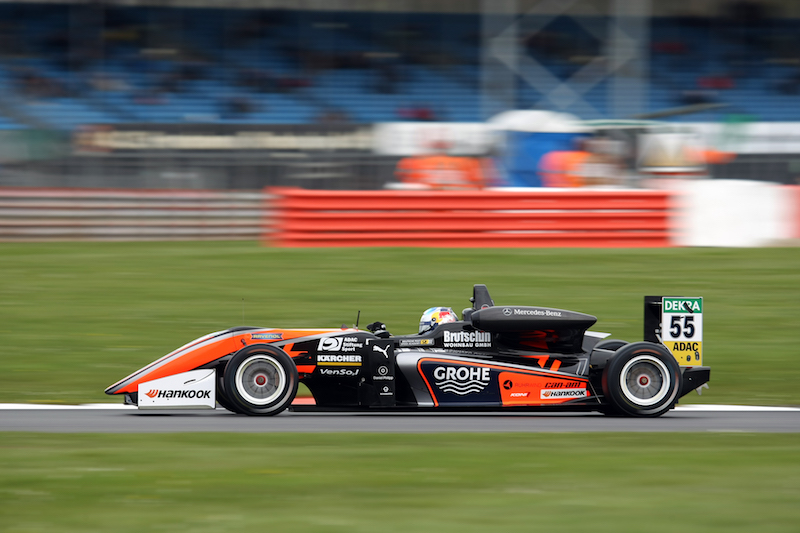 The German driver had joined Van Amersfoort from Mucke Motorsport over the winter, having scored two podium finishes in a partial campaign after joining the series following his?16th birthday in April.

However, he has failed to score a single point from nine races held so far this year, with a best race result of 11th in race one at Pau last month, and a?best qualifying showing of?15th on the opening day of the season at Silverstone.

Van Amersfoort has performed below expectation so far this season, with no podium finishes in the first three rounds, but Harrison Newey does sit eighth in the standings after two fourth-places and a sixth in Pau, while rookie Joey Mawson ran inside the top three during?the first race in France.

The Dutch squad?announced the split with Beckmann by mutual consent, with team boss Frits van Amersfoort saying: “We wish David good luck for his future endeavours.”

If Beckmann – who came fourth in Italian Formula 4 and fifth in the German series in his rookie season of car racing in 2015 – is to continue in European F3 with another team it is likely to be with either the Carlin or Motopark squads.

Carlin had been due to have a vacancy for the upcoming rounds after Jake Dennis completed his?three-event programme with the team in Pau, while Motopark has only been fielding?three of the permitted four cars since the season began.

The two Volkswagen-powered outfits?have drivers – Joel Eriksson for Motopark and Lando Norris for Carlin – tied at the top of the standings after Pau.