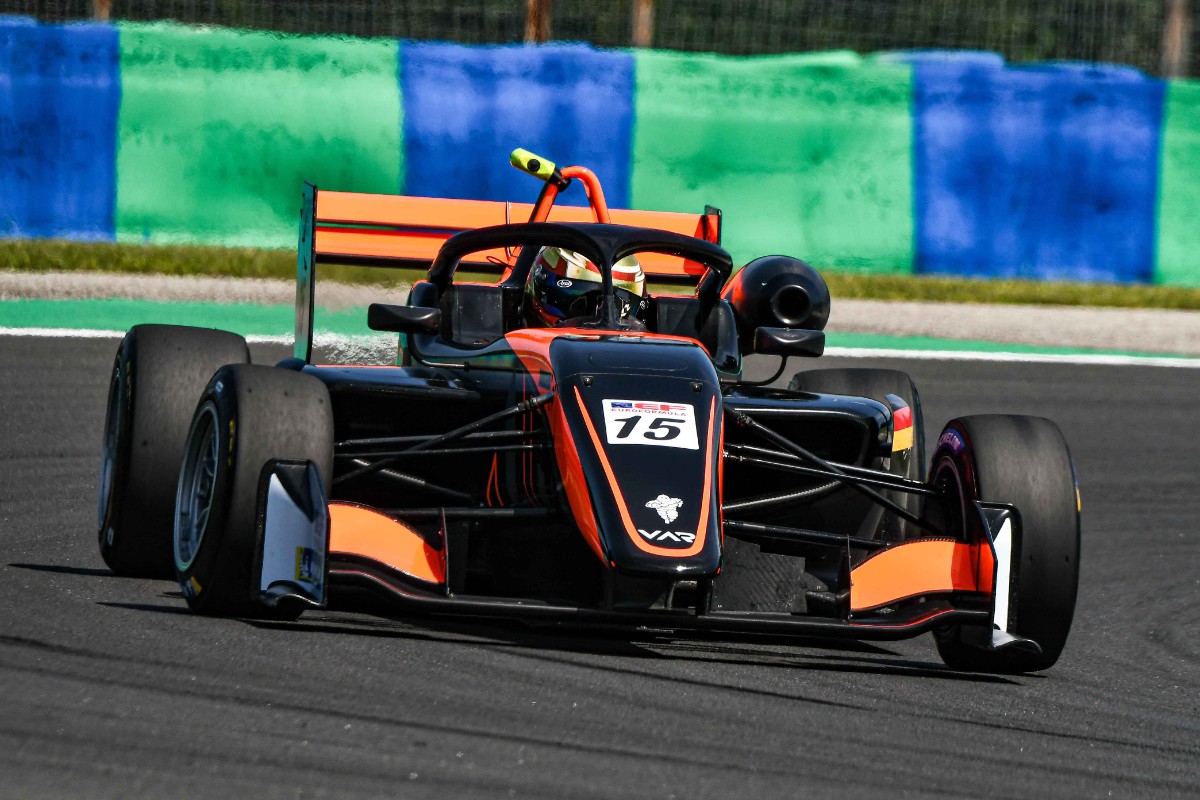 Van Amersfoort Racing’s Sebastian Estner topped the first free practice session of the Euroformula season at the Hungaroring, which marked the debut of the Dallara 320.

The German driver and his older brother Andreas, who is also racing for VAR this year, were among the first on track and set their best laps before the track temperature went above 44°C and was swiftly followed by most drivers heading back to the pits.

Reigning British Formula 4 champion Zane Maloney went second fastest before the halfway point of the session and remained there, while Yifei Ye improved later on to move up to third place for Motopark’s debuting Japanese offshoot CryptoTower Racing Team.

Andreas Estner and Maloney’s Carlin team-mate Ido Cohen were shuffled down by Ye’s improvement, while Motopark’s Niklas Krutten rose up to sixth place at a similar time.

The third VAR car, driven by Alexandre Bardinon, was seventh fastest and just over a second off Sebastian Estner’s pace.

Drivex School did get both of its cars on track, but times were only recorded for Glenn van Berlo. The car driven by Shihab Al Habsi had its session shortened by a non-specific technical issue, according to team boss Miguel Angel de Castro.