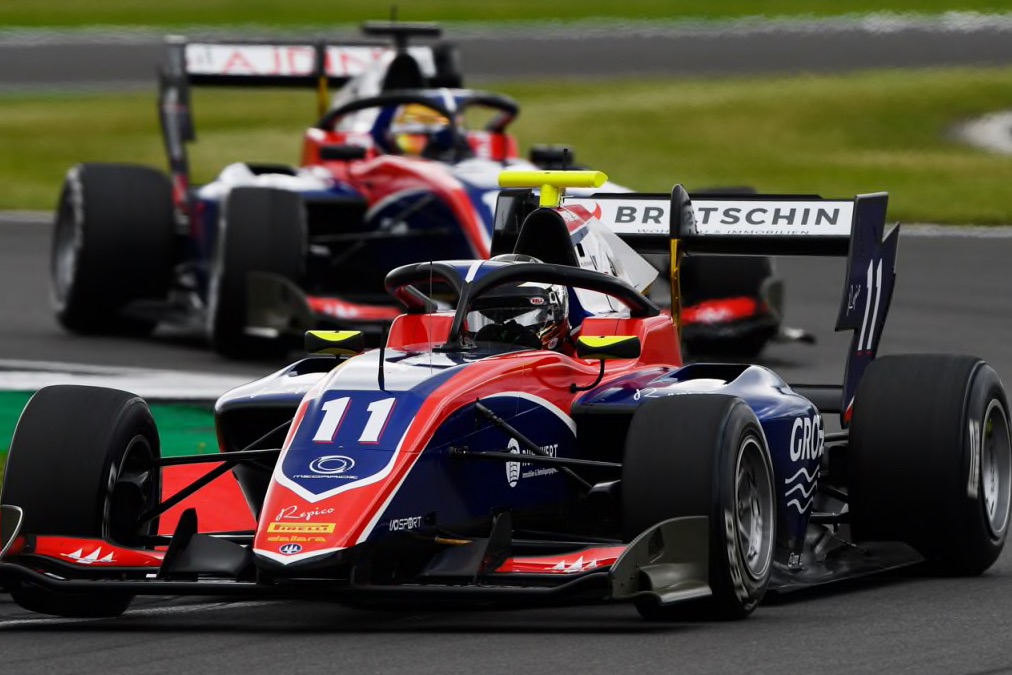 David Beckmann set the pace in free practice ahead of the FIA Formula 3 Championship’s second Silverstone round.

The Trident driver – winner of race two last Sunday – topped the times late in the session, ending the morning with a 1m45.195s lap to go 0.273 seconds clear of the rest of the field.

Prema’s Logan Sargeant spent most of the session top of the order, but improvements from Jack Doohan and Theo Pourchaire in their final laps dropped Sargeant to fourth.

Doohan finished second fastest, with Pourchaire a further 0.032s back.

Championship leader Oscar Piastri ran into problems early in the session. He had only completed three laps when he ground to a halt just off track, bringing out a Virtual Safety Car. He was unable to get going again and didn’t set a time during the session.

Silverstone race one winner Liam Lawson was fifth fastest ahead of Jake Hughes and Lirim Zendeli, who put in a strong final lap to jump into the top 10 after the chequered flag.