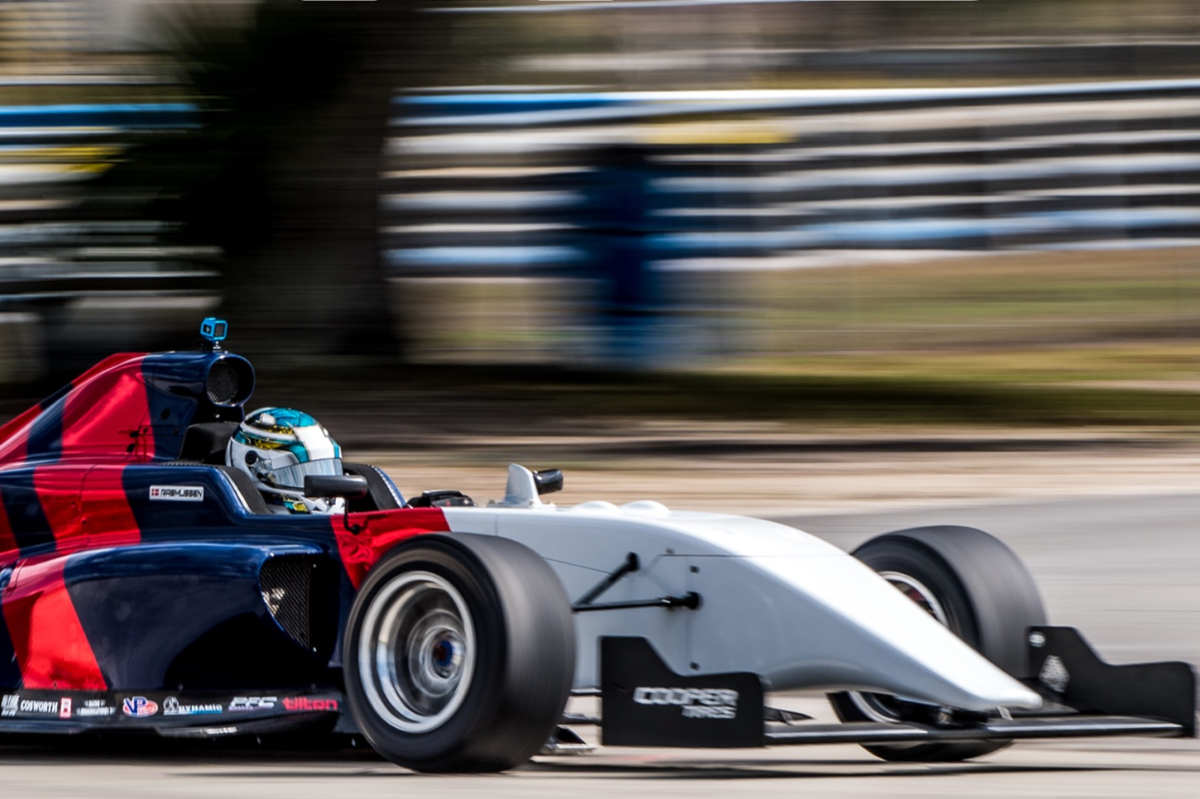 Christian Rasmussen will stick with the Jay Howard Driver Development team he won the 2020 USF2000 title with as he moves up into Indy Pro 2000.

It will not only be the Dane’s rookie season on the next rung of the Road to Indy, but will also mark JHDD’s first venture into the championship.

“I’m very happy to be back with JHDD on the Road to Indy,” said Rasmussen.

“We have a very exciting season ahead of us in Indy Pro 2000 and it is shaping up to be very competitive.

“I am always up for the challenge, however, and I can’t wait to get started. It will truly be an honor to represent the Road to Indy as one of their scholarship drivers.”

Brichacek, who is still searching for his first podium in single-seater racing and has already been team-mates with Rasmussen for three years, was similarly as excited about the step up to IP2000.

“With a full year of experience on the Road to Indy and returning with JHDD, I have high expectations for this year,” he said.

“I’ve been working hard during the off-season to improve myself, and with the little time I’ve had in the car, I already feel right at home. With the help of the whole JHDD team I’m sure we can make this season a successful one!”

JHDD is also debuting in Indy Lights this year, with a long-term goal of also appearing in IndyCar to allow it to run drivers all the way from karting to professional single-seater racing.

“Making such a decision was simple as having worked with Christian and Wyatt for a number of years now, helping them learn their craft and achieving success along the way, we all wanted to keep that journey going.

“We’ve been out testing, we’ve been learning quickly, the boys have been fast, and when the green flag drops in Alabama next month, we will be ready.”

Jacob Abel, who raced in IP2000 in 2020, has been announced as a Honda Performance Development junior driver for its Acura GT3 programme together with Dakota Dickerson, who won back-to-back titles in HPD-powered Formula 4 and Formula 3 in 2018/‘19.