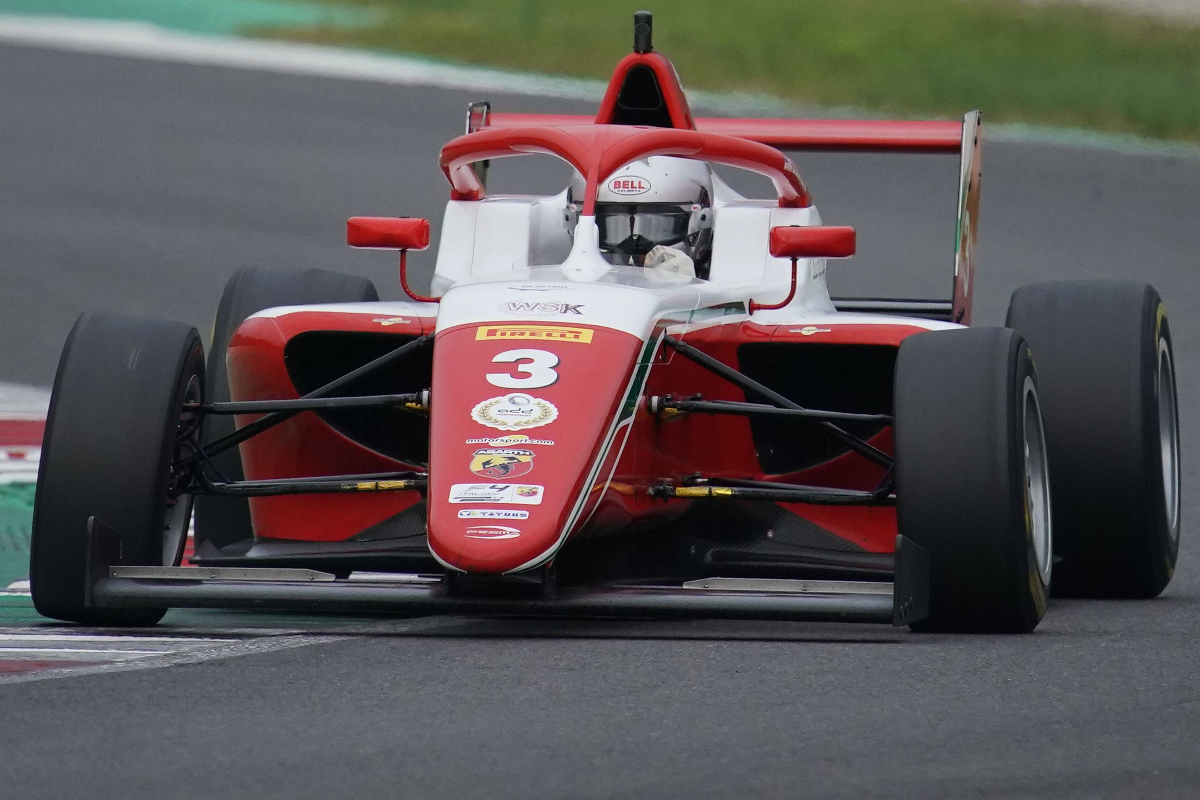 Mumbai Falcons’ Taponen started from pole position after setting the fastest lap in race one. However, a great launch by Ugochukwu from third on the grid allowed the American to take the lead at turn one as he pulled off a move around the outside of Taponen.

A slow getaway led to Pinnacle VAR’s Luca Badoer dropping from second to sixth place by the end of the first lap, while James Wharton would eventually get going after stalling on the grid.

Kirill Smal, Arvid Lindblad and Valerio Rinicella were the ones to benefit from that, moving up to third, fourth and five place respectively.

Lindblad was soon putting pressure on Smal as the MP Motorsport driver lost ground to Ugochukwu and Taponen, but was unable to overtake.

In the middle of the pack, Carlin’s Dion Gowda pulled out a double move on Xcel Motorsport’s team-mates Noah Lisle and Federico Rifai to gain 11th place.

The safety car was out over nine minutes into the race as Victoria Blokhina and Jakob Bergmeister made contact and the latter came to a halt in the run-off with broken rear-right suspension.

The race resumed with five minutes left on the clock, and Ugochukwu stayed in the lead ahead of Taponen.

Badoer attempted a move on Rinicella by braking late at turn one, but was unable to consolidate it as he ran wide. However, he would get ahead of his countryman a lap later to finish in fifth.

Red Bull junior Lindblad eventually got past Smal for third, but he couldn’t close the gap to the top two, who had already opened a gap at the front after the restart.

A fierce battle for the last points-awarding positions among several drivers spiced up the last two laps. William Macintyre, who was running eighth at the beginning of the last lap, saw his efforts go unrewarded as he ended up classified 33rd following contact.

Just two seconds separated 11th to 22nd at the chequered flag, in what was a really close fight with several drivers running wide at the last corner of the race.

Noah Lisle was awarded 12th place in a photo finish with Akshay Bohra after they finished on the same time to one thounsandth of a second, and James Piszcyk beat Hamda Al Qubaisi to 19th by 0.001 seconds.