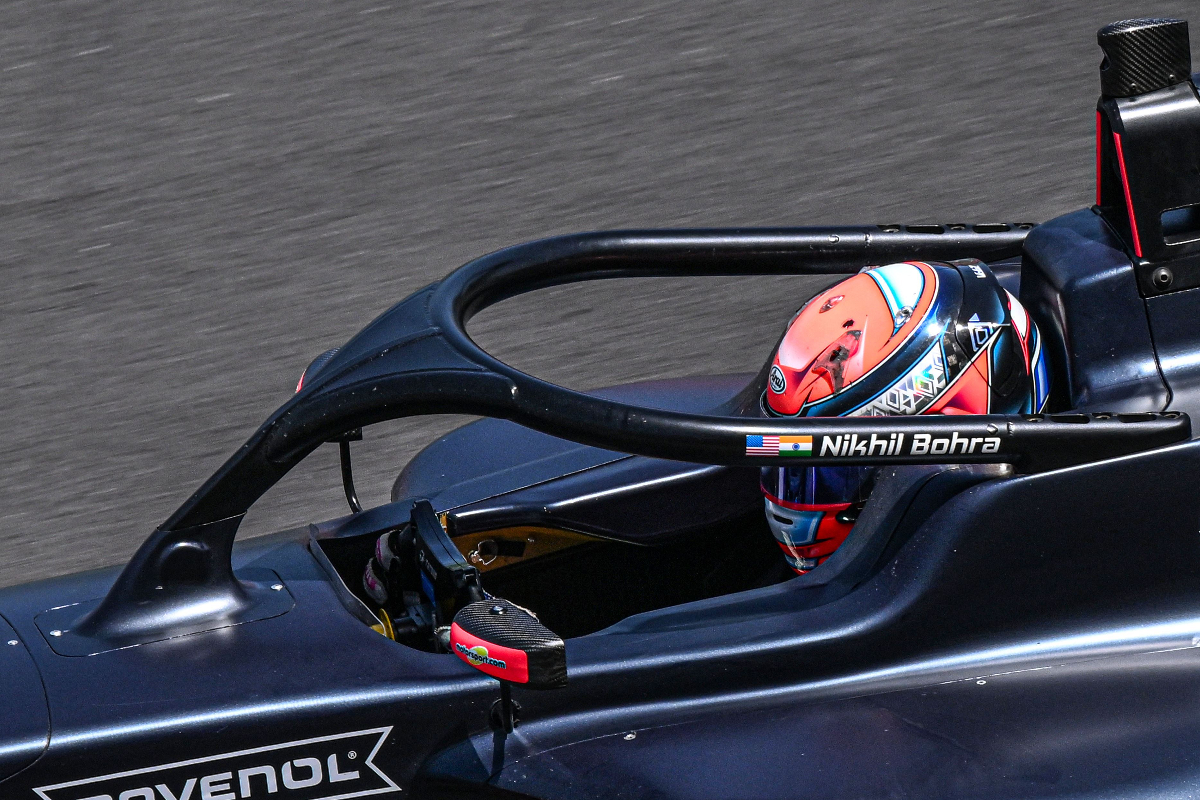 Bohra led away from reversed-grid pole position as the top four drivers held on to their starting positions, and managed the race from there.

Prema’s Aiden Neate was within one second of Bohra for most of the race, but he never was a threat to the leader.

PHM Racing’s Taylor Barnard was the biggest mover as he went from eighth on the grid to fifth place by the end of the opening lap, and moved ahead of Sebastian Ogaard on lap two. Then on lap 12 of 14, he advanced past Mumbai Falcons’ Lorenzo Fluxa, claiming third place and stepping onto the podium for a second time in two races to become points leader.

While little action happened at the front, several drivers had battles over the last places in the top 10 and beyond.

After a heated battle for the victory in race one, Hitech GP’s Gabriele Mini and Mumbai Falcons’ Dino Beganovic came together when they both were running outside the top 10. Beganovic retired as a consequence of the contact, whereas Mini dropped down to 20th place.

By lap six, Mumbai Falcon team-mates Rafael Camara and Kimi Andrea Antonelli had overtaken Hyderabad Blackbirds powered by MP driver Ogaard to get into fifth and sixth place respectively, as the Dane was unable to keep up with the pace of the leaders.

Antonelli tried hard to pass Camara in the last two laps, but the Brazilian defended well and denied the Italian a top-five result.

Ogaard’s team-mate Mari Boya, who ran as high as eighth, was handed a five-second time penalty for jumping the start. The Spaniard dropped to 11th in the following laps and was classified as 13th once the penalty was applied after the finish.