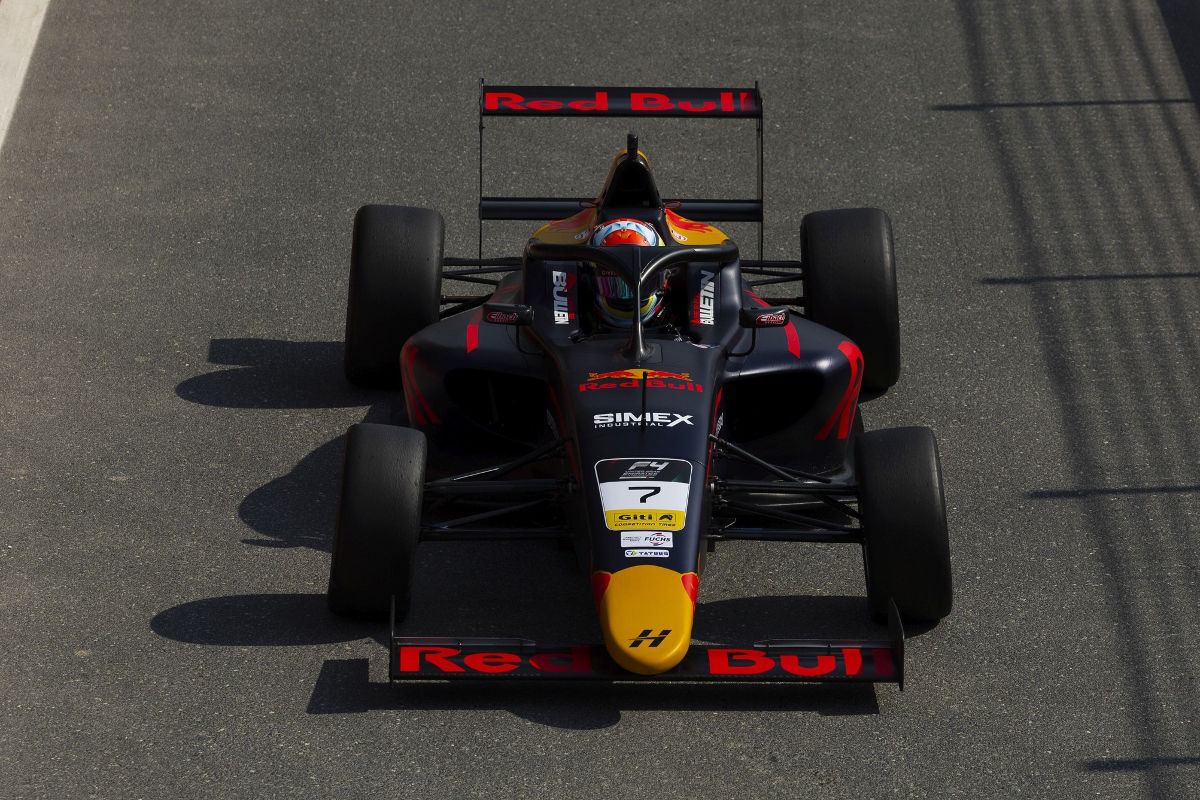 The Red Bull junior nailed both the start and the safety car restart to win ahead of Mumbai Falcons’ Tuukka Taponen and Prema’s Ugo Ugochukwu, who leaves the first round with a 21-point gap to Lindblad on top of the standings.

Lindblad led away from pole with a good getaway, followed by Ferrari junior Taponen. Another fine start allowed Ugochukwu to move from fourth to third, whereas Pinnacle VAR’s Brando Badoer dropped to seventh from third on the grid.

Mumbai Falcons’ James Wharton closed the opening lap in fourth place, having started seventh, as he took advantage of the battle between R-ace GP’s Jesse Carrasquedo and MP Motorsport’s Valerio Rinicella to overtake both.

The safety car was summoned to the track before the end of lap two due to Prema’s Bianca Bustamante coming to a halt in the third sector. Yas Heat Academy’s Keanu Al Azhari pitted the lap before the safety car came in as he had damage to his front wing.

The track went green again with eight minutes remaining on the clock. MP’s Kirill Small got past Badoer around the outside of turn one. Behind them, Sainteloc Racing’s Theophile Nael and Hitech GP’s James Piszcyk also battled for position, with Nael staying ahead of Piszcyk in ninth place.

The following lap Smal went for the move on his team-mate Rinicella. However, he locked up and tapped his rear-left tyre, prompting him into a spin. Rinicella dropped to the back of of the pack as a consequence of the incident.

Smal then advanced on Carrasquedo for fifth place, however, he suddenly lost places and dropped to ninth, where he finished.

The safety car was out again with two minutes to go due to the cars of Xcel Motorsport duo Aleksandr Bolduev and Federico Rifai being left on track with significant damage, and green flag action did not resume.