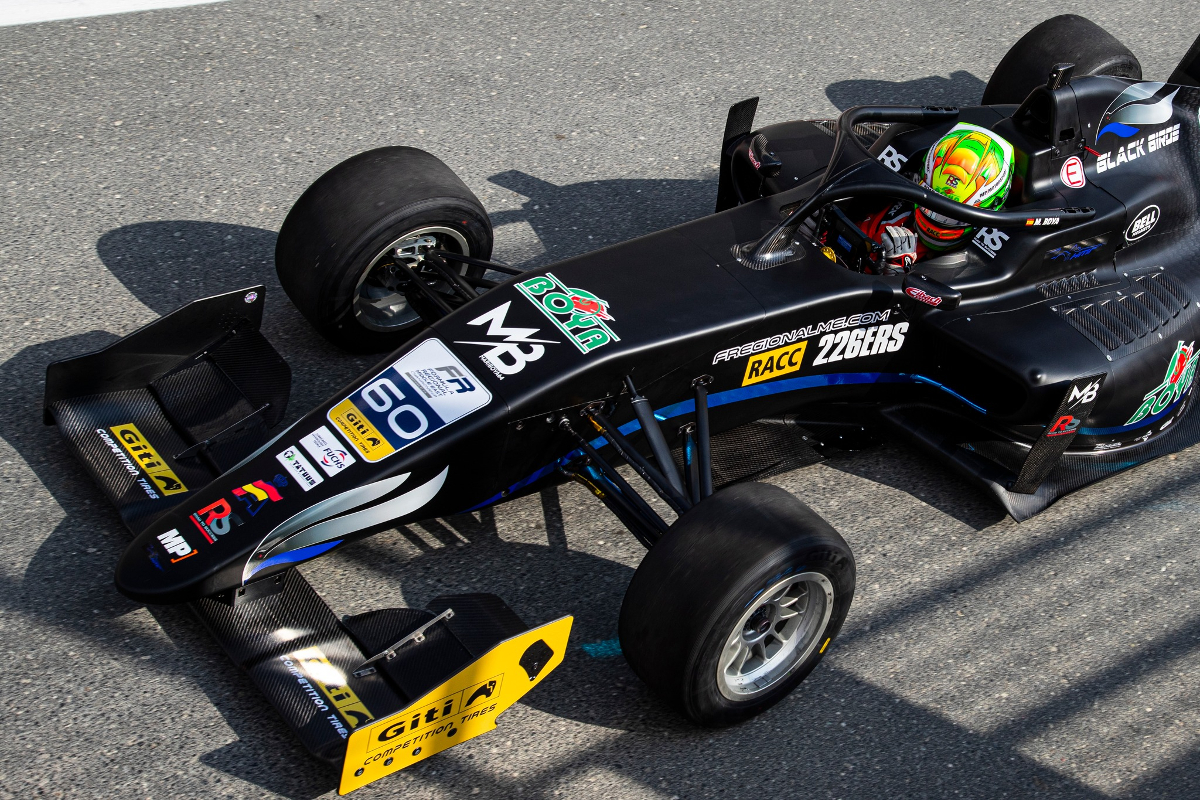 Mari Boya won in Formula Regional for the first time by beating Andrea Kimi Antonelli to victory in the third race of the category’s new Middle East championship.

The Spaniard moved past the pole-sitting Italian on lap one, opened a gap, and kept control of race run entirely under green flag conditions.

Antonelli finished second, earning him the championship lead by six points over Mumbai Falcons team-mate Rafael Camara, who finished the race in fourth. Pinnacle VAR’s Tasanapol Inthraphuvasak completed the podium between them.

Mercedes-AMG Formula 1 junior Antonelli had held on to first place at the start, but Hyderabad Blackbirds powered by MP driver Mari Boya got ahead before the first lap was done.

R-ace GP’s Matias Zagazeta ran into the back of Hyderabad Blackbirds’ Sami Meguetounif at turn one, bringing the race of both drivers to a premature end. PHM Racing’s Taylor Barnard was then also forced to retire as a consequence of a clash with R-ace GP’s Levente Revesz a few corners later.

Prema’s Michael Shin was handed a five-second time penalty for action at turn 12 that also involved Hitech GP’s Sebastian Montoya. Despite the three lap one incidents, no safety car intervention was needed.

By lap five, Boya’s lead has grown to two seconds over Antonelli, as the race progressed smoothly with little action.

Hitech’s Jak Crawford got past Mumbai Falcons’ race one winner Dino Beganovic for eighth, and the Swede finished ninth from sixth on the grid after struggling for pace.

Outside of points positions, Lorenzo Fluxa came on top of his battle with Aiden Neate for 11th, and so did Brad Benavides in his fight with Francesco Braschi.