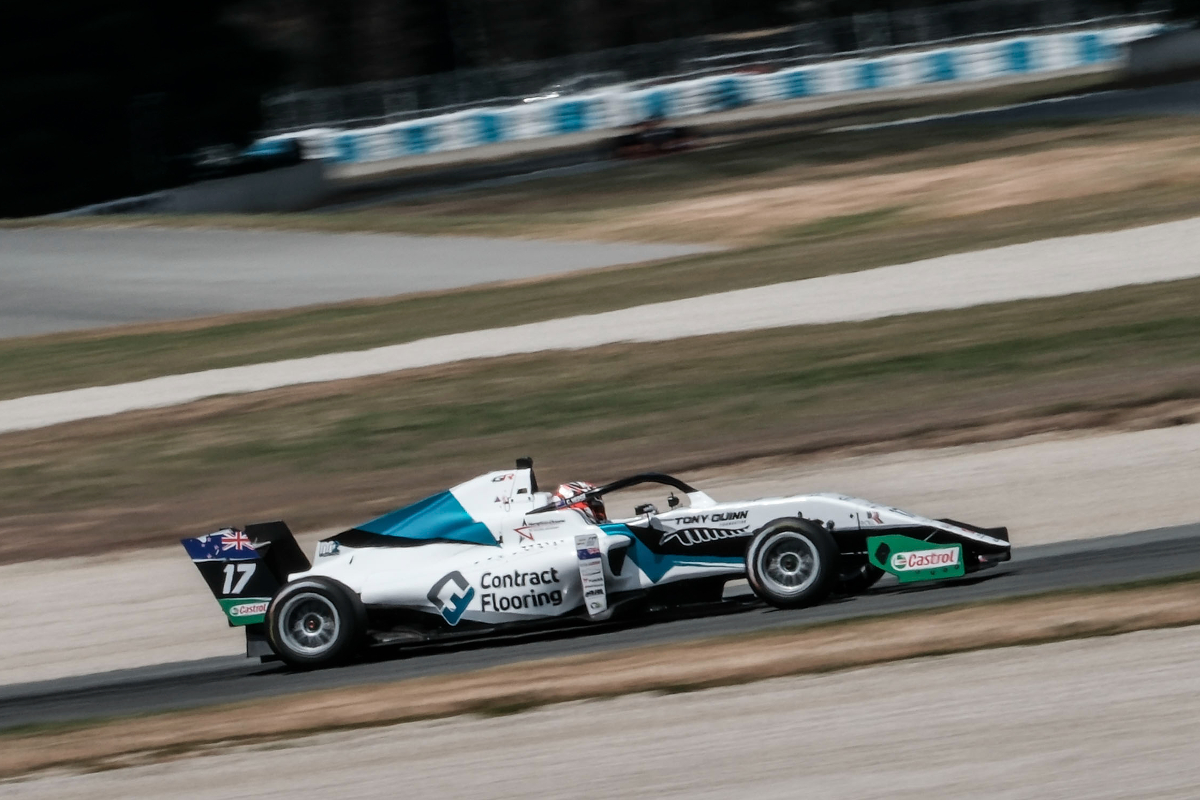 A fast start from Chalie Wurz from fourth on the grid meant he was his closest rival at first, but Hedge already had a one-second gap within a lap, was two seconds ahead by lap four and had grown his lead to three seconds by lap 13.

The gap betwen the top two stood at 3.6s on lap 14 when Ryan Shehan crashed exiting the sweeping turn six right-hander and the race was put behind the safety car.

Shehan had been in sixth place, and on the previous lap had resisted pressure from Jacob Abel for his position. Abel was now under attack from Ryder Quinn, and Shehan tried pulling away but he got loose at turn six, with the rear end of his car swinging out and sending him into the barriers.

The safety car stayed out until the end of the race, meaning Hedge took victory ahead of Wurz, Morales, Mason and Liam Sceats who was the top slicks-and-wings debutant.

Wurz and Morales had been under a second apart at times, but never close enough for there to truly be a battle for second place.

Two drivers started the race from the pitlane. Lucas Fecury had been put to the back of the grid after he caused a red flag stoppage in qualifying, and Tom McLennan’s car would not get going on the first formation lap as it refused to select gears.

He got towed around so his car could get to the pit entry, and he made it to the end of pitlane alongside Fecury in time to join the second formation lap. Both cars joined the field for the lap before heading straight back to the pits.

Fecury got up to 11th place before the safety car came out, while McLennan was only able to pass Bree Morris for position.