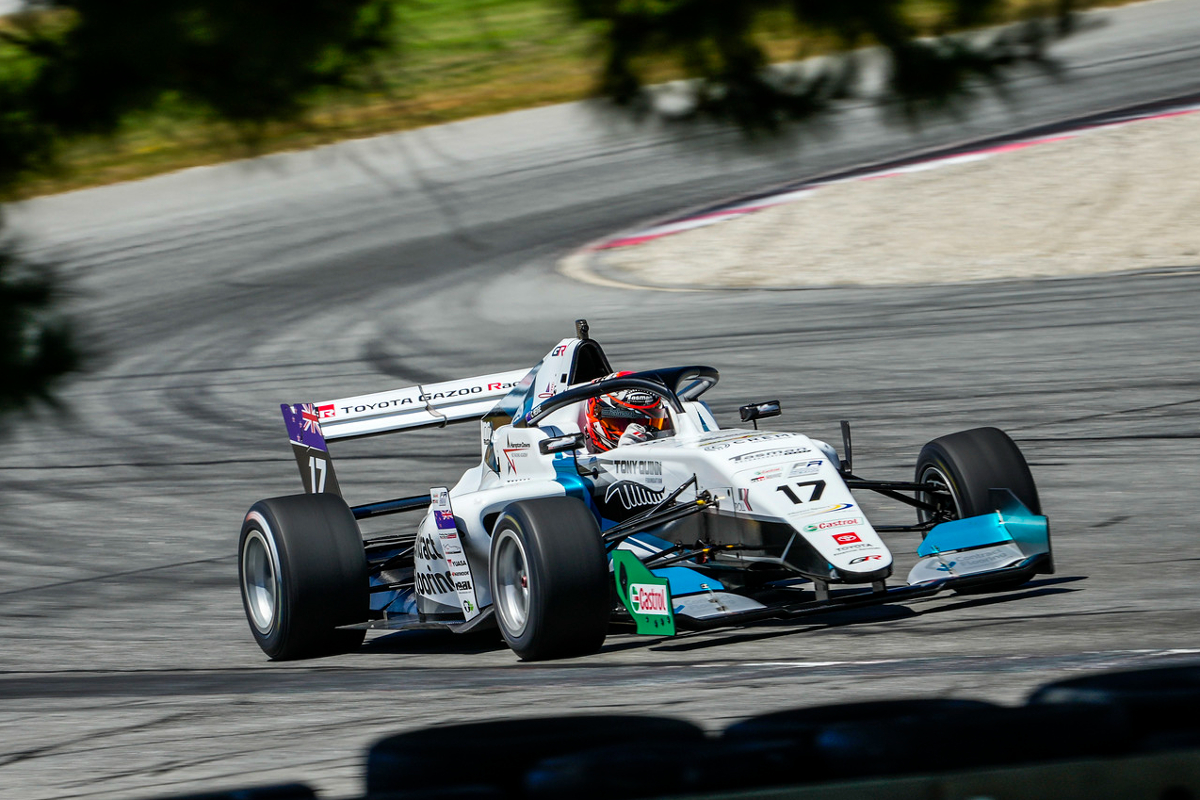 The 2017-18 New Zealand Formula Ford champion, who has been racing in Porsche Carrera Cup in Australia for the past two years, took control of the qualifying session with five-and-a-half minutes remaining.

A lap of 1m28.435s put him almost seven tenths of a second clear of star European entrant Charlie Wurz, and he later improved to a 1m28.295s with around a minute to go.

Hedge’s pole position was confirmed when the session was red flagged in the final moments after Lucas Fecury parked his car at the side of the track. As a result, Fecury has been put to the back of the race one grid.

David Morales leapt up to second place in the closing stages of qualifying, 0.194s away from M2 Competition team-mate Hedge but a quarter of a second clear of third-placed Josh Mason – who bounced back from a crash in Friday’s first practice to top FP3 and then improve late in qualifying to make row two of the grid.

Wurz ended up fourth in front of Ryder Quinn, who had starred in free practice and was fastest of the newcomers to slicks-and-wings machinery, just ahead of fellow FFord regular Liam Sceats.

Indy Nxt racer Jacob Abel was second to Hedge at one stage before slipping back to seventh in front of Ryan Shehan, who was top of the times early on, Thomas McLennan and Chloe Chambers.

Having driven what were then called Toyota Racing Series-spec FRegional cars in W Series, Chambers was the only driver with race experience of FRegional Oceania’s Tatuus FT-60.