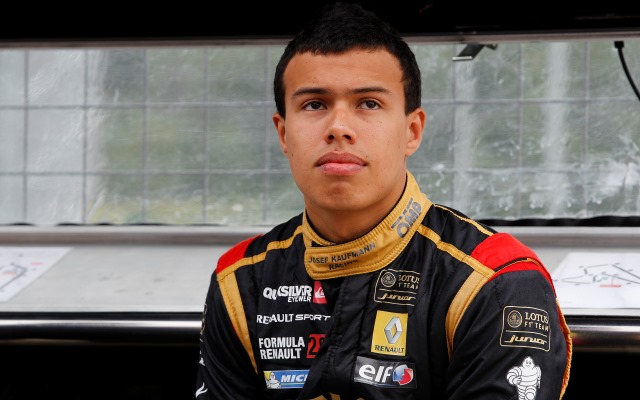 Oscar Tunjo has been confirmed as a driver for Signature’s return to Formula 3 with Renault.

The Colombian – a member of the Lotus F1 Junior Team – had been linked with Renault’s FIA F3 European Championship assault after finishing sixth in Eurocup Formula Renault 2.0 last year.

Although he only turned 18 in January, 2013 was his third year in Formula Renault having finished seventh and tenth in previous campaigns in the Eurocup. His single-seater career began 2010 aged 14, finishing runner-up in Formula BMW Pacific.

French outfit Signature are returning to F3 after two years away, with Renault and Oreca providing engines. They won the Euro Series title in 2010 with Edoardo Mortara, then using Volkswagen engines.