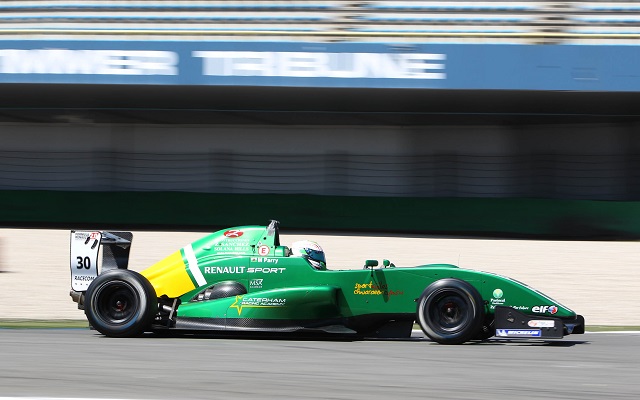 Parry, 20, starred in last year’s NEC season, taking five victories on his way to the title. At the end of the year, he emerged as the winner of the McLaren Autosport BRDC award.

Prior to that, Parry raced in national-level single-seater championships, taking eighth in British Formula Ford in 2011 and winning the Intersteps title in 2012.

The Welshman, who is backed by Formula 1 team Caterham, is set to contest a number of Formula Renault Alps outings in addition to a full-time campaign.

“Continuity is seen as a vital component for success, so I hope that remains true this season,” commented Parry. “I have struck up a good rapport with Fortec over the past couple of seasons, and will look to continue our title-winning form in the Formula Renault Eurocup. Of course, another step up the ladder means that the competition will be tougher, but I believe that we know each other well enough, and will be sufficiently prepared, to take whatever the opposition throws at us. It seems a long time since I last raced, so I can?t wait to get started.”

In addition to Parry, Fortec are set to field Martin Rump and Jack Aitken for the 2014 Eurocup. The former has finished runner-up in two Formula Renault 1.6 championships last year, while the latter completed a Fortec 1-2 in NEC.