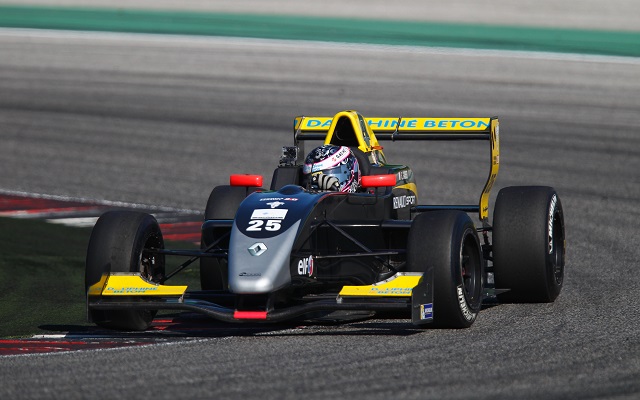 French squad ARTA Engineering will field four regular drivers in the 2014 season across Formula Renault Alps and Eurocup, having signed Parth Ghorpade and James Allen alongside the retained Simon Gachet for the former category with Darius Oskoui joining Gachet in the latter.

Ghorpade, 20, will be heading into his second year of Formula Renault Alps after having finished 16th in 2013 with BVM. Prior to that, the Indian racer took third in Formula Pilota China and completed a full season in French F4.

Allen, 17, graduates from Formula BWM Talent Cup, having finished fifth in the series finale at Oschersleben. 2013 was the Australian’s debut year in single-seater, having previously amassed several trophies in regional-level karting.

Gachet, 20, was the 2011 V de V Single-Seater Challenge champion before switching to French F4, where he finished third. He took 14th in his debut Formula Renault Alps campaign with ARTA.

Oskoui, 16, is another Formula BMW Talent Cup graduate, also having taken fifth in the series finale two years before Allen. He impressed in the 2012 French F4 season, finishing sixth with a victory, but was forced to dedicate 2013 to testing due to age restrictions that prevented him from stepping up into FR2.0.

They were only ninth in the Eurocup that same year as Vermont was the only ARTA driver to break into the top three with a second-place finish at Spielberg.