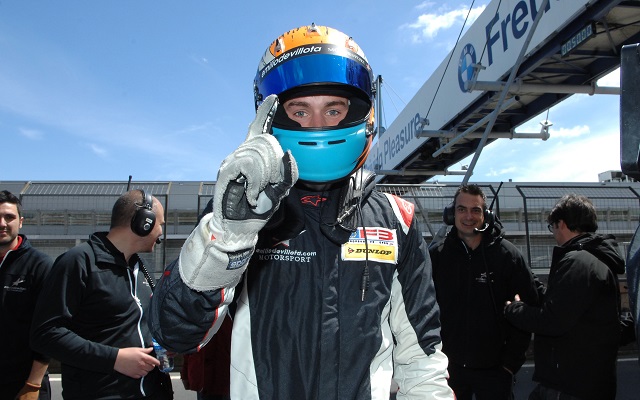 Having announced his participation in the first round of Euroformula Open Winter Series earlier this week, Hector Hurst has now been confirmed for a full-time drive in the main championship with DAV Racing.

The British driver raced in Protyre Formula Renault and Formula Two before switching to F3 Open last season, where he became the only race winner not driving for title challenger teams RP Motorsport or Team West-Tec.

“I’ve watched DAV bring several great people together to form this new team and so when they offered me such a great deal it was a clear choice to take. I’ve been looking forward to getting into their car all off-season and achieving great results straight away, so need to thank my manager, Mark Blundell, for securing this ride for me,” commented Hurst.

DAV Racing have been primarily focused on F3 Open’s Copa Class over the recent years, having taken Kevin Giovesi to the category title in 2012. They fielded an F312 machine in the latter parts of 2013, securing a best finish of fifth courtesy of ex-FDA member Brandon Maisano.

The 21-year-old Hurst is the second addition to the Italian squad’s 2014 lineup following the recent confirmation of Brazilian driver Henrique Baptista. With DAV Racing reportedly fielding three F312 cars during the regular season, there’s one driver yet to be announced.