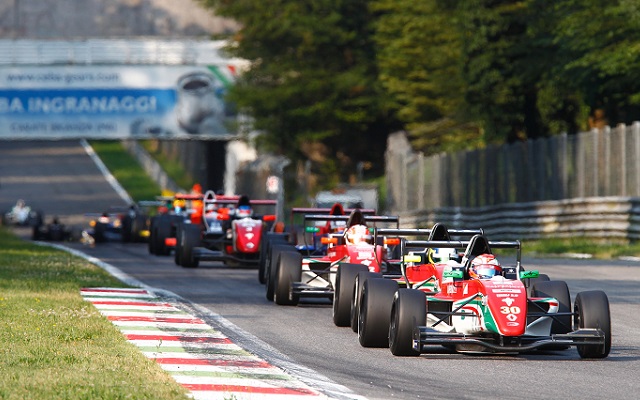 While the 2012 Formula Renault 2.0 Alps championship was largely dominated by strong Eurocup regulars, 2013 was the year of rookies which was completely dominated by Italian squad Prema.

Their trio – Fuoco, Ghiotto and Bonifacio – held a monopoly on wins and put on a great season-long fight, while, lower down the field, many 2.0 rookies put their names on the map.

Below, we discuss the campaigns of the key players in 2013’s Formula Renault Alps. 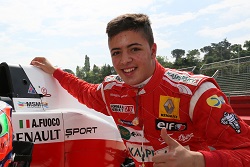 Having managed to impress Ferrari enough to be included in their junior scheme before he did any competitive single-seater racing, Fuoco had some major expectations to live up to in his first year of cars.

However, despite having been placed in the rather competitive Alps series, the Italian has went from being a generally unknown quantity to figuring among the most exciting prospects of the junior ladder.

While Prema was the team to beat in Alps, Fuoco managed to see off two highly-rated experienced teammates in the fight for the championship. He took the lead in the standings after the second race and would not relinquish it for the rest of the season, taking the trophy with a race to spare. Throughout the campaign, he made the podium in 11 of the 14 races and picked up two double victories along the way – at Imola and Mugello.

Ferrari, sensibly enough, seem to have a lot of faith in Fuoco and have placed him in European F3 with the very same squad Prema in 2014. Season rating: 9/10 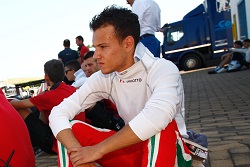 2013 turned out the busiest single-seater year yet for Formula Abarth graduate Ghiotto, who embarked on full-time campaigns in Alps and the Eurocup, taking a win in the latter, and raced in the Pau Grand Prix, which he won.

Still, most of his trophies for the year came from Alps. While his campaign was, by title contender standards, off to a rather slow start (with just one podium in the first two rounds), he soon became an ever-present frontrunner in the series. He took his first win at Spa and then subsequently enjoyed victories at Monza and Mugello, which kept him within reach of the leader. While he managed to delay Fuoco’s coronation until the Imola finale, his chances there were virtually non-existent – and, without the pressure, he delivered his first double victory.

Ghiotto has stepped up to Formula Renault 3.5 for 2014 with Draco. Season rating: 8 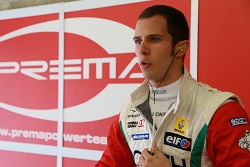 Another graduate from Prema’s Formula Abarth programme, the Brazilian entered Alps as one of pre-season favorites and confirmed his status early on, winning the opening race.

While he was arguably the quickest Prema man in the first part of the season and qualified extremely well, he narrowly trailed Fuoco at the halfway point, before losing form in the later stages. Overall, he found himself involved in incidents way too often, albeit many of them through no fault of his own – such as being taken out by de Vries in the second race or ending up in the wall after contact with Parry in the finale.

Still, he showed considerable pace, taking double pole on three occasions and adding two wins to his success in the opener. He will contest a second season of the Eurocup with Prema in 2014.? Season rating: 8 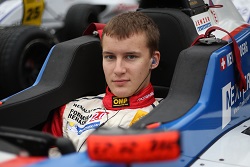 Having graduated from the Formula BMW Talent Cup in 2011, Jorg spend a decent rookie year in Abarth before joining Formula Renault 2.0.

While there was no matching Prema, the young Swiss driver turned out to be the best out of the other regulars. A combination of inexperience and strong guest-filled entry lists saw him struggle during the opening rounds, but he found his feet by Spa, taking a maiden podium. Throughout the rest of the season, he bagged a number of solid points finishes, including two more podiums at Misano, which placed him in fourth in the overall standings.

He will do a sophomore year in the Eurocup next year, switching from Jenzer to Josef Kaufmann Racing. Season rating: 7 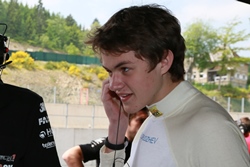 After a solid uphill year in French F4, SMP protege Orudzhev landed a double-campaign Formula Renault 2.0 seat with Tech 1. And, although Eurocup seemed to be the bigger focus, he achieved some notable results in Alps, finishing fifth overall.

The first half of his season proved immensely tough, as the Russian was growing accustomed to 2.0 racing. He didn’t lack pace, but was quite inconsistent, scoring only two points in the opening three rounds and creating an incident with two Prema cars at Spa.

At Monza, he finally showed his potential, taking fourth in race one. He had pole for race two and crossed the finish line in second, but had his maiden podium taken away due to not complying with safety car procedures. In the final three rounds, he was a reliable frontrunner, finishing within the top seven on five occasions and bagging two podiums.

According to those in the know, Tech 1 rate Orudzhev highly and there’s a clear reason for that. It’s no surprise then that Russian is to be retained for a second campaign in the Eurocup.? Season rating: 7 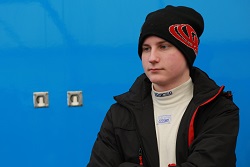 Having done the Eurocup, Alps and NEC full-time throughout his two prior years of junior single-seaters, Villemi continued his partnership with Koiranen and returned to the championship where he placed 18th in 2012.

With the Finnish squad, Villemi put in another decent if rather quiet campaign, reliably qualifying in the midfield and managing respectable points after some early struggles. He scored nothing over the first five races, but consistently made it to the top six in the five subsequent ones.

For the final round, he switched from Koiranen to Prema and repeated the best result of his season in fourth. He will remain with the Italian squad for a full-time shot at the Eurocup in 2014. Season rating: 6 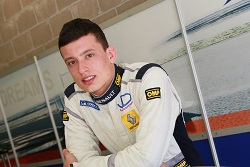 After taking 12th in the standings and a maiden win in his rookie year in ADAC Formel Masters, Dalewski made a bit of a surprise switch to FR2.0 racing, with a full-time campaign in NEC and four rounds of Alps.

It was the latter where he managed his best result of the year with second at Spa-Francorchamps. Apart from that, the Polish driver scored in five out of the seven other races and managed to break into the top ten of the standings despite having been absent from three rounds.

While a move to the Eurocup seems possible, Dalewski could also be looking at GP3, having done a day with Trident and Russian Time each in the post-season test. Season rating: 7 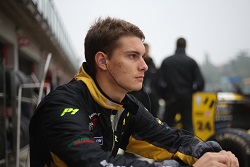 After a rookie year in French F4 similar to that of Orudzhev, who finished one spot below, Joffrey De Narda also made the switch to 2.0, albeit mostly focusing on the Alps series.

His first two rounds expectedly yielded no points given the abundance of guest drivers, albeit he did qualify well at Imola. That was a sign of things to come, as he took his first points at Spa and then made it onto the podium at Monza.

He was rather quiet in his final two appearances, but nonetheless managed to leave a good overall impression. Having done Eurocup guest rounds with ARTA, he seems set to join them in the series for 2014. Season rating: 7 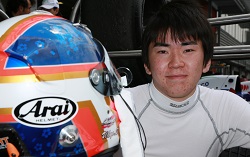 The move from karting straight to FR2.0 Alps is a pretty tough task, but it was one that Japanese racer Sasahara set out to accomplish after amassing a glowing CV in karts.

He was pretty much up for the challenge and proved it right away, scoring points in both races of the opening rounds. It was an up-and-down affair from that point on and there weren’t any particularly outstanding results, but, all-in-all, his debut season amounted to a solid effort with him scoring points in half the races.

It is unclear whether Sasahara plans to continue in Formula Renault for 2014, but he’s definitely earned a sophomore campaign in Alps and would be a great addition to the grid. Season rating: 7 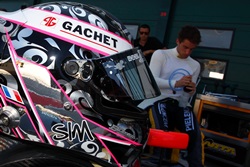 Just like several other top-tier French F4 graduates of 2012, third-placed Gachet didn’t have the easiest time with his transition to Formula Renault 2.0 racing.

The Frenchman took a while to come to terms with the series, as he didn’t once qualify within the top 15 for the first four rounds and had no points to his name. It seemed he finally got the hang of it by Misano, where he managed solid points in both races, and he finished the season a couple of other strong performances, including more points at Imola.

He did a guest round in the Eurocup and looks set to continue with ARTA in 2014, having been consistently present in their post-season private test outings. Season rating: 6 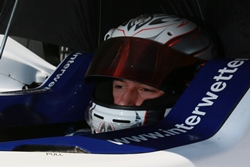 Tereshchenko made his car racing debut in Alps in 2012 and, reasonably enough, signed on for a second year in the category.

The Russian youngster didn’t score points in his rookie year of Alps and, while it took him three rounds to finally break into the top ten, he finally did so with a fifth-place finish at Spa. He drastically improved his qualifying efforts during the rest of the year and managed to make the points three more times, but didn’t have the consistency to produce consistent results.

He will step to F3 by joining Campos in the Euroformula Open in 2014. Season rating: 5 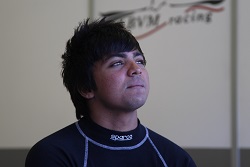 After a stellar 2012 campaign in Formula Pilota China, Ghorpade returned to the European racing scene with a Formula Renault Alps campaign.

He immediately broke into the top ten in the opening race, but his campaign lacked general consistency and he was mostly fighting on the outskirts of the top ten. He did manage a standout result, though, with fifth at Mugello.

His plans for 2014 are not clear just yet, although he did test 2.0 machinery with Prema Powerteam. Season rating: 6 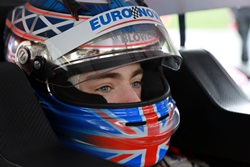 Scotsman Ramsay was another Abarth graduate in the Alps field of 2013, having finished eighth in the former category in the previous year.

His debut was quite excellent, as he finished seventh in the opening race. He went on to have an unfortunate streak of non-scoring finishes, but his season did have another highlight when he finished fifth at Monza.

Lotus are rumoured to be eyeing him up for a spot in their junior squad and it seems he’s lined up a Eurocup seat, having tested all post-season with KTR who already ran a Lotus junior in 2012. Season rating: 6 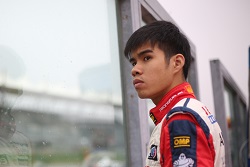 He started off on-pace but struggled to convert it into points early on. At Spa, he finally scored two good points finishes and he continued to be a regular top ten contender for the rest of the season, albeit experiencing a bit of a drop in form in the final two rounds.

He’s starred on his return to the TRS championship in early 2014, claiming the title. He could move on to the Eurocup, but national military service could stop that. Season rating: 6

The rest of the field

While none of the guest drivers managed to take wins away from the Prema trio, they often made up the available podium spots. Eurocup champion Pierre Gasly made the top four in five of his six races, while Nyck de Vries notched up five top-five results.

William Vermont scored two podiums for ARTA, while Guilherme Silva secured his only top-three finish of 2013 in the opener. Simon Tirman took his first Formula Renault podium at Monza, with Matthieu Vaxiviere and Marcos Siebert scoring a good points haul on their appeararnces.

Formula Renault NEC champion Matt Parry joined Koiranen for the Alps finale and would’ve made the podium in both races if not for a post-race penalty in the second outing. Formula Masters China racer Matthew Solomon looked quick on his one-off with Prema, but struggled to convert that into solid results, with only one top-ten finish.