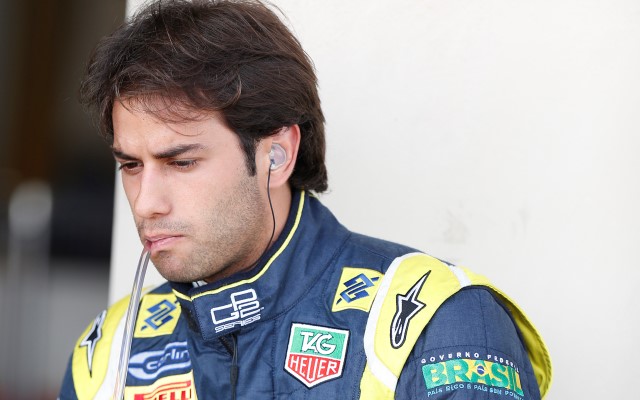 Felipe Nasr has secured a Formula 1 test and reserve driver role with Williams.

The deal will see the 21-year-old Brazilian take part in three tests and five free practice sessions with the team this year. The move coincides with the arrival of his sponsor Banco do Brasil as a Williams sponsor, and he joins compatriot and namesake Felipe Massa at the team.

Nasr has competed in GP2 for the past two seasons, finishing tenth in 2012 with DAMS and then fourth in 2013 with Carlin. He has scored ten podiums in that time, but failed to win a race. He began last season strongly with eight top-four finishes from the first eight races, but faded later on.

He caught the eye of the Formula 1 paddock when he won the supporting Formula BMW Europe series in 2009, and then spurned Red Bull support to sign with driver managers David and Steve Robertson, known for their work with Jenson Button and Kimi Raikkonen.

He then spent two years in British F3, culminating in a comfortable run to the 2011 title with Carlin, beating then team-mate Kevin Magnussen.

“I’m really happy to be joining the Williams family,” said Nasr. “They have a great history in the sport and some of the greatest Brazilian drivers of all time have driven for the team, so it’s an honour to join names such as Piquet, Senna and Massa.

“This is a fantastic opportunity for me to make the next step in my career and I can’t wait to get behind the wheel of a Formula 1 car for the first time in Bahrain.”

Sir Frank Williams commented: “Felipe has a strong track record of success in his career so far and we have been watching him closely for a while.

“We have a track record at Williams of bringing through new talent and giving them a chance to show what they can do on the world’s biggest stage. By driving in five FP1 sessions this season, Felipe will have the perfect chance to showcase his skills and I’m confident he will be a strong addition to our driver roster.”

Despite his Williams deal, it has been rumoured recently that Nasr will retain his Carlin GP2 seat for this season, but this is still to be confirmed.