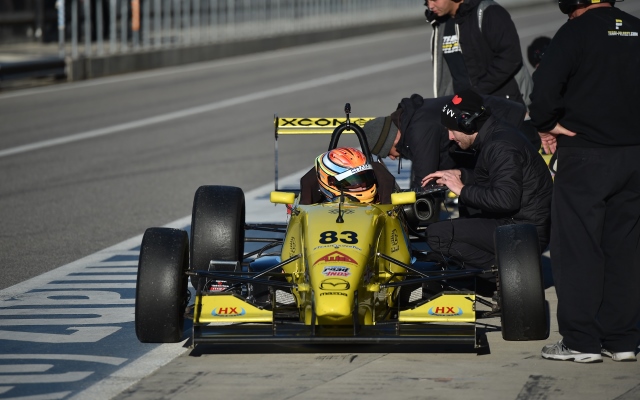 American Formula Renault racer TJ Fischer will return to his native country to compete in USF2000 with Team Pelfrey this year.

Fischer heads back to the United States after a campaign in FR2.0 Alps in 2015, finishing eighth in the standings as the leading newcomer to the top level of the two-litre category.

He had previously spent 2014 racing the older specification car then used in the British BARC series, taking sixth overall, while in 2013 he won three titles in the US including the Formula Car Challenge National Championship.

?I?m stoked to be joining Team Pelfrey?s organization under their USF2000 program,” said the 21-year-old from California.

“The team as a whole is very professional and goes about racing in a methodical manner that has results to?back-up what they?re doing.

?Honestly, I?m excited to head into the 2016 season with the confidence of a solid team capable of winning behind me, as well as a really well thought out testing plan to get myself gelled with the car and team.”

Fischer is the third driver to be signed to Pelfrey’s USF2000 squad for the coming season, following F1600 graduates Jordan Cane and Robert Megennis.

British driver Cane, who only turns 15 in May, won seven races last year from 15 starts, while Megennis took eighth in the standings with eight podiums.

One of Pelfrey’s 2015 drivers Nikita Lastochkin has switched to Cape Motorsports – which took Nico Jamin to the championship last season – together with former JDC driver Parker Thompson.