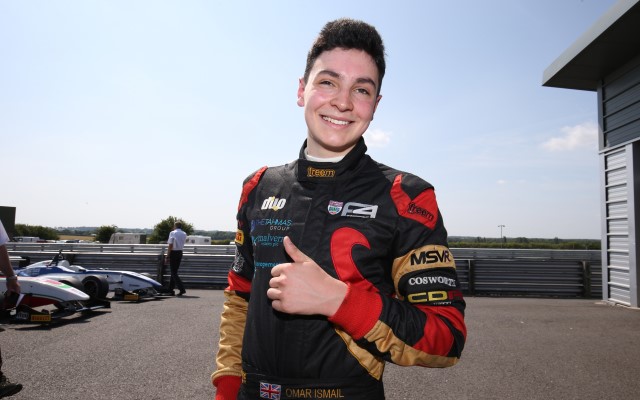 BRDC Formula 4 race-winner Omar Ismail has signed with HHC Motorsport for the 2016 season.

Ismail made a surprise impact after debuting in the series at round three in 2015 – having just turned 16 – by winning on only his fourth start.

Driving for Chris Dittmann Racing, he finished up ninth in the standings and has now switched to HHC, the outfit that ran Will Palmer to the 2015 title.

“After a strong half-season in 2015, the team, my coach Kieren Clark and I are confident that we will be able to race at the very front throughout, with the main objective for myself and the team being to win as many races as possible,” said Ismail.

“HHC Motorsport is a very strong team and in recent testing I have worked very well with them developing both the new car and myself significantly in preparation for a very exciting season, with BRDC Formula 4 taking a big step forward with the new-and-improved car and calendar.?

HHC’s Charlie Kemp commented: “As he has already shown, Omar has race-winning pedigree and we are confident that we can help him develop further and enjoy even more success in BRDC F4.?