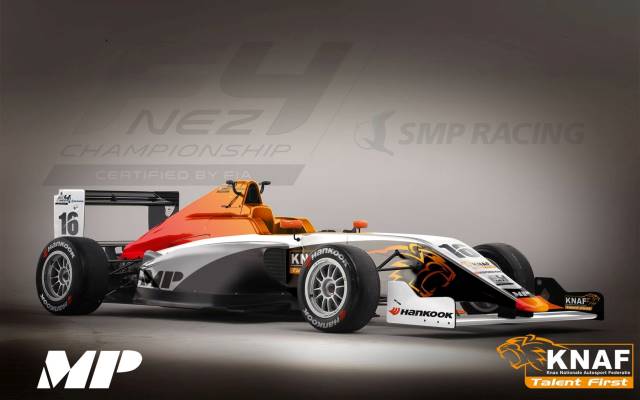 A Dutch initiative for a Formula 4 series will become part of the SMP championship this year, with Zandvoort added to the calendar and MP Motorsport joining Koiranen in fielding cars.

Initial plans for an FIA F4 category for the Benelux nations were revealed last September at the Zandvoort Masters Formula 3 race by the Dutch federation, KNAF.

It was intended to be a standalone series featuring circuits in the Netherlands, Belgium and Germany but it will now exist as a Dutch element to the SMP-backed North European Zone (NEZ) championship.

SMP F4 ran in Russia, Finland and Estonia in 2015 with Koiranen operating the cars, but the introduction of the Dutch element for this year means the calendar will also feature two visits to Zandvoort, while MP Motorsport will run a ?Dutch cluster? of the Tatuus-Abarth cars in national colours.

An SMP F4 test was held at Zandvoort by Koiranen and MP last November, while both outfits have recently withdrawn from competing in Formula Renault 2.0.

MP boss Sander Dorsman said he would be ?satisified? with running four to five cars.

“For Koiranen and SMP, the addition of the Netherlands was interesting,? he said. ?They wanted larger circuits and are now getting Zandvoort.

?It is a strong championship; look how well the champion of this year, Niko Kari, is doing now. He has been included in Red Bull?s junior programme and takes the next step of his career in European F3.

?Dutch talents can compete in a field of around 25 cars. Karters are already accustomed to traveling and don?t want to go to Zandvoort four times and Assen four times.

?Now Zandvoort is part of an international calendar of great events around leading championships like the WTCC and DTM.?

A Dutch F4 Trophy classification will be formed from the two SMP series rounds at Zandvoort plus a planned standalone F4 Festival in October at either Zandvoort or Assen.

?This will be something like the F3 Masters or the Formula Ford Festival at Brands Hatch, but for F4 cars,? said Dorsman.

?Cars from the NEZ, Dutch F4 and Spanish F4 ? which we are also going to do ? will be given priority, but of course participants from Germany, France and Italy are most welcome. We are aiming for 50 cars.?

In addition to heading to the Netherlands for the first time, SMP F4 will also make an inaugural visit to Sweden?s Anderstorp circuit.

There is no place on the schedule however for the Ahvenisto and Alastaro circuits in Finland used in the inaugural season, despite the Finnish federation having been a founding partner in the series and its protege Kari becoming the first champion.