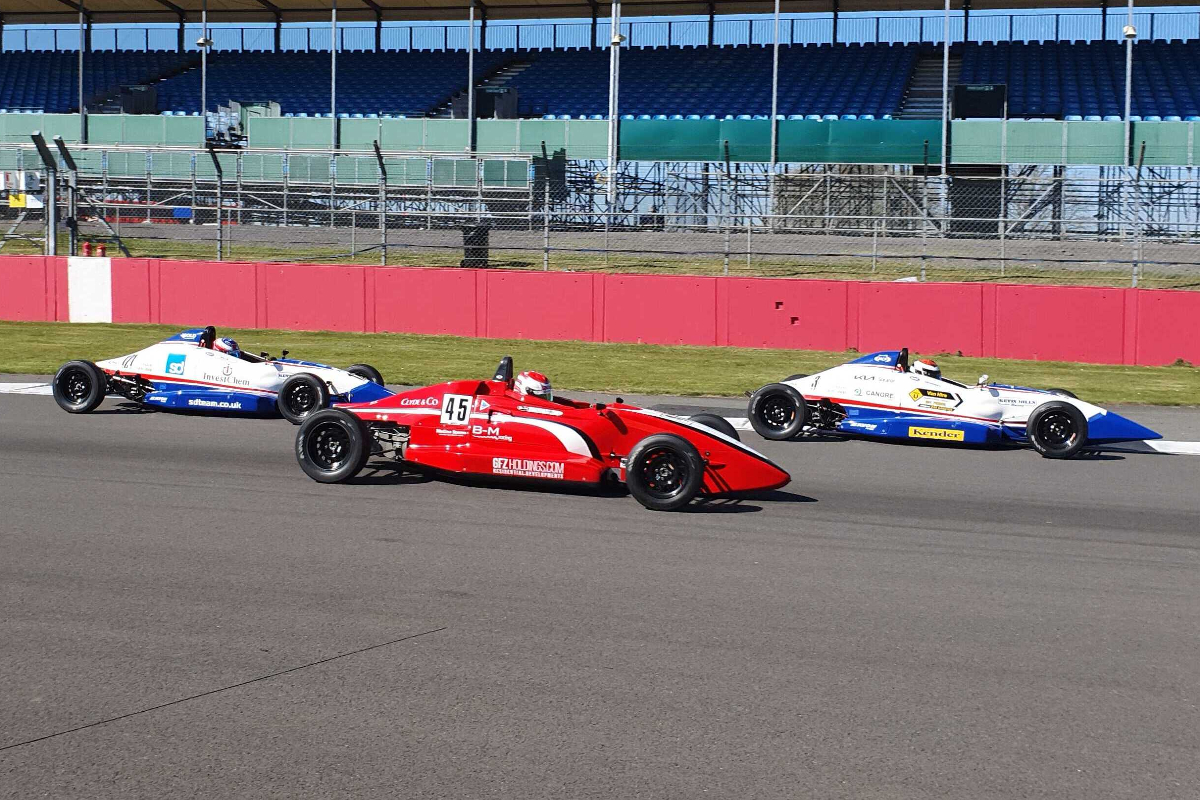 The 2022 BRSCC National Formula Ford 1600 season got underway last weekend with a strong 19-car grid. As the first FF1600 event of the year, there was lots to talk about in the Silverstone paddock

The British single-seater scene got its 2022 action underway on Silverstone’s International layout at the weekend, and was livestreamed on YouTube. It wasn’t GB3 or British Formula 4, but the National FF1600 championship.

The wingless cars and grooved tyres may make it stand apart from other junior series now, but the series is the spiritual successor to the British FFord championship won by the likes of Ayrton Senna and Jenson Button.

There are seven rounds of the championship this year, but in addition to it there is a new United FFord championship being launched by Walter Hayes Trophy organiser James Beckett. It combines the Champions of Brands events and other circuit-specific events into a points-scoring championship and it has attracted the interest of the National FF1600 teams, meaning they could be out racing 12 weekends this year before the end-of-year classics.

It may not be the same driver line-ups contesting both series, although some of the more inexperienced drivers will look to United FFord for circuit experience (particularly Ammonite Motorsport’s line-up), but teams did say they anticipated the usual contenders for National FF1600’s Clubman classification to hover over to there to find more action in the new series.

Of the National line-ups so far, there’s already some changes due. The likes of B-M Racing’s Rory Smith will only be doing the Triple Crown rounds (which incorporates the final two rounds at Brands Hatch and Donington Park in addition to the Silverstone opener) and he will have rivals such as Team Dolan’s reigning National champion Chris Middlehurst and Niall Murray appearing later in the year, the latter with a car to rival Smith as both are in chassis developed to 2022-spec.

Dolan’s four-car line-up at present includes Gabe Tesch, whose racing journey is being followed by a camera crew for a future production. The American teenager is a survivor of brain cancer, and has an incredible story that led him to racing.

Kevin Mills Racing’s plan for its second seat alongside championship leader Jordan Dempsey is to have a selection of drivers from the South African F1600 championship coming over to race with the support of that series’ title sponsor Investchem.

Unfortunately visa issues meant that GB4-racer Tom Mills had to stand in at Silverstone, and he frustrated some of his rivals (while also reluctantly impressing them somewhat with the effectiveness of his strategy) by playing the team game to support Dempsey through the two races. But the other teams on the grid, and of course KMR itself, can look forward to the likes of SA F1600’s 2021 star rookie Josh le Roux – who was supposed to be at Silverstone – now appearing. The three South African drivers were supposed to split driving duties with one doing three rounds and the other two doing two each.

Mills will be racing for KMR in GB4, and its rival FF1600 team Oldfield Motorsport is also headed there. Dolan revealed it considered joining the new first-generation Formula 4 series too but found the “numbers didn’t add up”, and while all the teams have spoken to in the GB4 paddock have said there has been a lot of interest in seats, there has also been a “waiting and seeing” approach with the series meaning drivers aren’t actually signing up for seats with the current budgets on offer.

On the opposite side of the coin, a 2023 GB4 seat is more attractive with a £20,000 scholarship on offer to the top teenager in National FF1600. That will be determined by having the top three teenagers in the points come season-end being invited to a shootout in Tatuus T-014 cars and then recieving the money to spend on finding a GB4 seat for the next year.

That prize was announced at the start of February, and the FF1600 teams said it did make their seats more attractive to young drivers (although FF1600 continues to have a minimum age of 16 while F4 drivers can be 15 in the United Kingdom).

One of the teenagers racing last weekend was Oldfield’s Brandon McCaughan. He raced a car from 1989 in Northern Irish FF1600 last year and then seriously impressed in the FFord Festival and Walter Hayes Trophy. A week before the National FF1600 opener, he found himself with a place on the grid and sourcing the budget for it.

Things we like to see:
● Side-by-side #FF1600 action into turn one at Silverstone pic.twitter.com/q0F48bGmvS

“[This came about] last Wednesday. end of last week I took the day off school and I was making phone calls constantly, trying to get sponsors in. Got a couple of sponsors lined up, and then it was only Monday that we decided ‘right, we’re going’. then we got a boat [to England]. Very last-minute.”

McCaughan could do some circuit learning on a simulator he and his father had made out of scrap metal and runs on Project Cars, before he embarked on what will be a full season campaign.

“The first time I ever drove a modern car was 2pm yesterday, so it was completely different,” he said on Saturday.

“I was not expecting it to be so different. Gearbox is different, you’re more at an angle on that, it’s harder to get into fourth. And just these have a lot more grip but they’re less gradual than a classic car would be. A classic car you can kind of throw it about more and it’s more stable when you’re throwing it about.”

He qualified 15th, 1.442 seconds off the pace, and climbed one spot in race one. Unfortunately he retired from race two, but had impressed team boss James Oldfield and this week is testing at Croft.

“[The target] within a couple of rounds to be there or thereabouts. I’d say the car is quick enough, and with enough time in it [I will be too]. End of the year I’d like to be where my team-mate Lucas Romanek is.”

Romanek had his strongest weekend in FF1600, qualifying third and finishing second in race one, then was running in third place in race two before a car issue ruled him out. He was one of the drivers in Saturday’s race to come across a recovery vehicle crossing the track as drivers went to the grid for the start.

“It was good to wake me up on the warm-up lap,” race winner Dempsey said, having been the first to avoid the vehicle.

The final big talking point of the weekend was a new name in the paddock: Ammonite Motorsport.

Ammonite is a rebranding of the Low Dempsey Racing team owned and run by husband-and-wife team Andy and Rianna Low. They bought the team in 2020 from Cliff Dempsey, and used the LDR name for two years to reflect Dempsey’s input.

“Even though [an ammonite] is a fossil, another meaning is it’s change and positive motion,” Rianna Low explained.

“Basically we thought it sounded good. Because it’s actually really hard to name a race team. You think of all these ideas, and then lots of them exist already. We couldn’t find anyone else with it, we thought it sounds good, and it symbolises motion.”