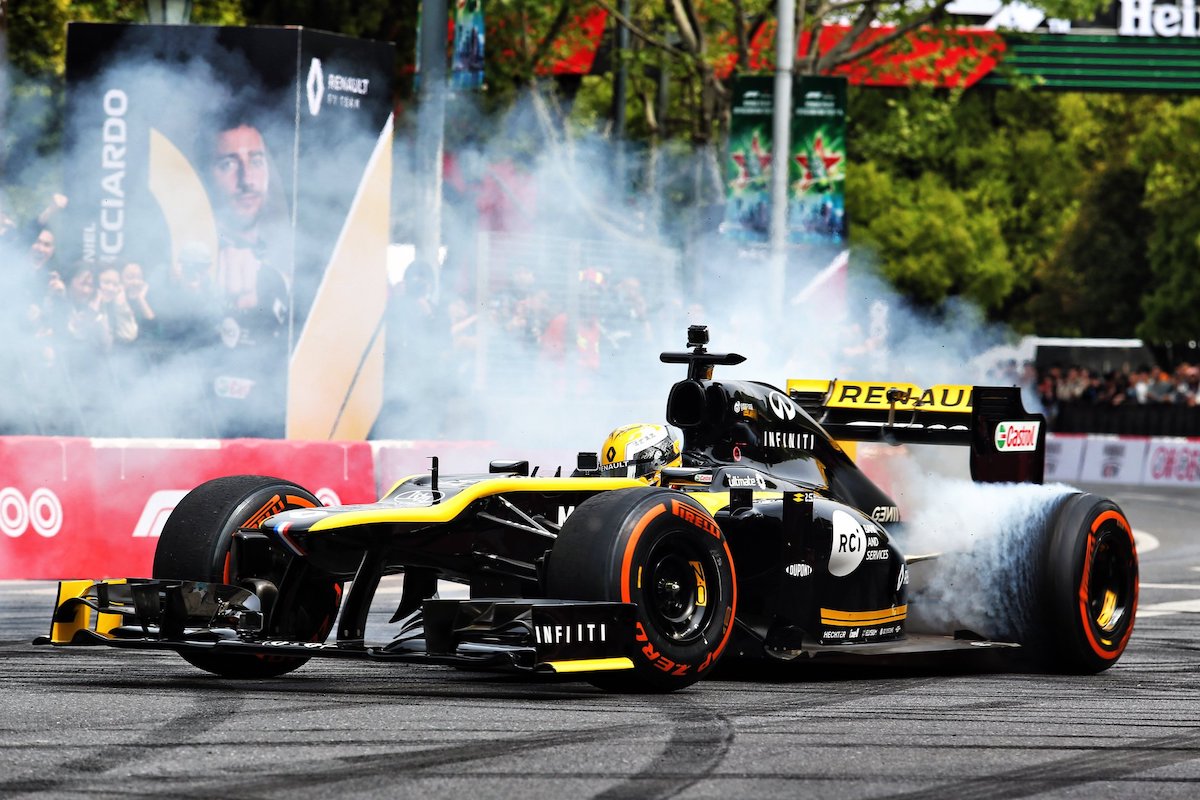 Renault is entering the fifth season of its Formula 1 return as a constructor this year, and so is its young driver programme. No member has graduated from junior single-seaters so far – but is that set to change?

The statistics from the revived Renault Sport Academy look bleak as its enters its fifth year of activity: 16 drivers (and one affiliate) have been through its development programme since 2016 and not a single one has (yet) gone on to race in F1.

Former Red Bull talent Daniel Ricciardo and Esteban Ocon, who was a junior driver back when the Enstone-based team was owned by Lotus, are signed to drive for the F1 team in 2020, and it seems like they will be there for the forseeable future. That is, of course, unless Ricciardo sets off a wild chain of events in the driver market for the second time in two years.

Renault’s struggle to bridge the canyon-like gap to F1’s top three teams – Ferrari, Mercedes-Benz and Red Bull Racing – has been well documented, and its high-class driver signings have coincided with high-level personnel sackings and occasional stories of technical mishaps. With all that, it slumped to fifth in the constructors’ standings behind its customer McLaren in 2019 and was even almost beaten by Red Bull’s second team Toro Rosso. It ended up an eye-watering 326 points behind Red Bull in the latter’s first season post-Renault power. That kind of underperformance can only be described as dismal.

There are plenty of questions that should be asked of the F1 team and why it’s not risen higher in the competitive order. But the Academy should also be scrutinised, especially why it has not yet provided the talent Renault would like to promote to F1.

Now there are a few caveats at play here. While they did reach F1, the likes of Ocon, Sergey Sirotkin and Robert Kubica (if you consider his comeback a second career, having been a Renault junior and racer the first time around) do not count. 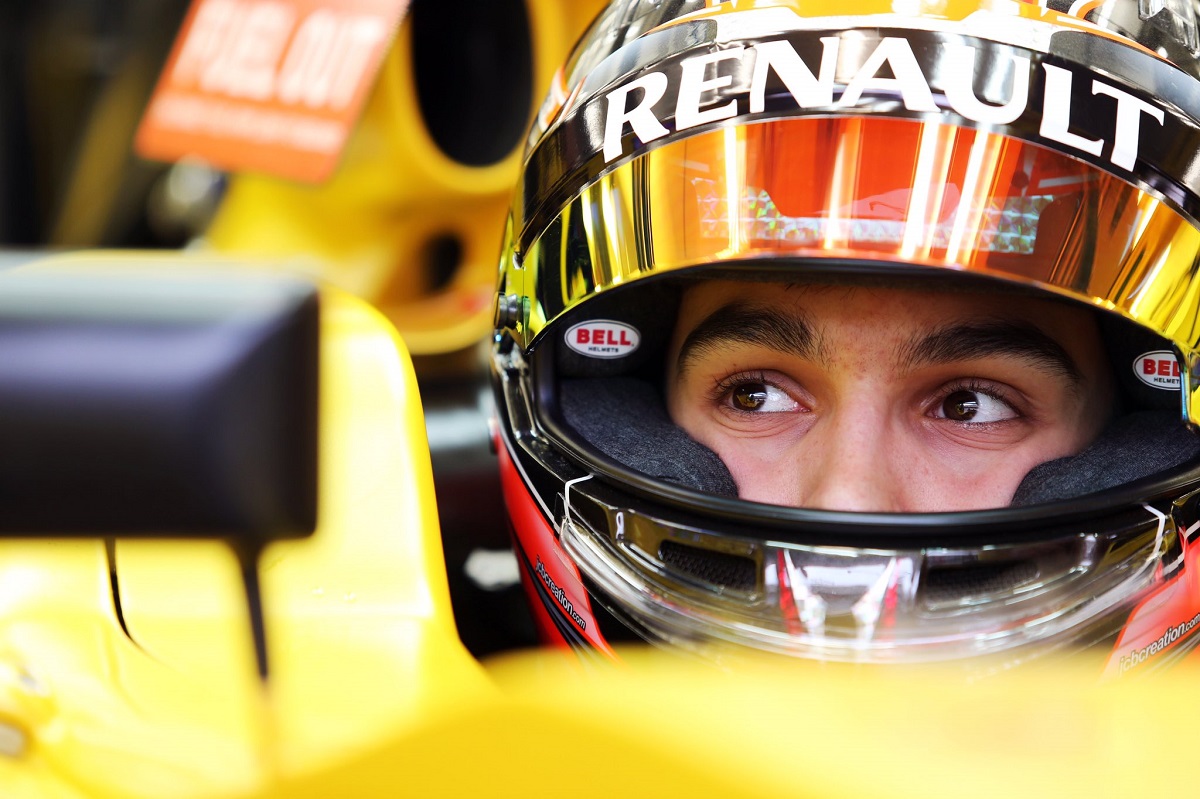 They all tested with Renault on numerous occasions but were not part of its modern-day driver academy at any point. Ocon did make his F1 test and free practice debut with Lotus, having been guided from karts by the closely-linked Gravity scheme, but it was then Mercedes that contributed more to him ultimately racing in F1.

It should also be addressed that one of the most promising drivers Renault had placed under its wings is sadly no longer with us. The marque has made it clear that it wants to promote French talent, and Anthoine Hubert earned his place (having previously been an affiliate) by winning the 2018 GP3 title. He proved himself even further from the off in Formula 2, winning two races at the struggling Arden team. There was considerable paddock interest for his 2020 signature before the season’s summer break, and he would likely have been a title contender this year had the events of Spa-Francorchamps not occurred.

Building a successful young driver development programme (promotions to F1 being the absolute definition of success here) can take time, and different teams go about it in different ways and with varying success. Red Bull has (in)famously had numerous drivers in and out of its stable. McLaren has taken youngsters all the way through their junior careers and, of course, won its last F1 world championship with its most successful graduate Lewis Hamilton. But it has a changed reputation in the last decade after failing to keep faith in its juniors – namely Kevin Magnussen and Stoffel Vandoorne – once they’ve reached F1.

Mercedes is an interesting case, because it was close to promoting Ocon directly into the main team for 2020 but opted on retaining Valtteri Bottas, enabling Ocon’s Renault move. Ferrari had a few near-misses with having a young driver make the main team: Sergio Perez defected to McLaren for 2013 while impressing with Sauber, and Jules Bianchi was never given the opportunity to work his way to the Scuderia before his death. Even Williams’ ad-hoc programme has had bankrolled success via Lance Stroll, and its previous setup for test drivers trained Nico Rosberg, Nico Hulkenberg and Bottas.

Not included above is Honda’s own young driver development programme, which long preceded its time in F1 as a constructor between 2006-’08, and still exists to promote domestic success and support Japanese talent into its F1 engine customers Red Bull and Toro Rosso.

Red Bull-backed Yuki Tsunoda is its best bet right now from young drivers, but he has a lot of work to do in terms of accumulating FIA superlicence points before he ends up in F1. Three of its juniors will be racing in Super Formula this year.

Renault finds itself in a more difficult situation than the winning teams when it comes to placing drivers in a F1 seat. Red Bull has Toro Rosso to exist purely as a junior team (although that has its own problems), Ferrari has a stranglehold on one of the Alfa Romeo Racing seats, while Mercedes could find space for a junior at a customer team for the right price.

Renault doesn’t have those luxuries – it has only one customer, which already has a young driver programme and pinched its reserve driver last year. More importantly, Renault does not find itself with the level of political grunt that the winning teams have. 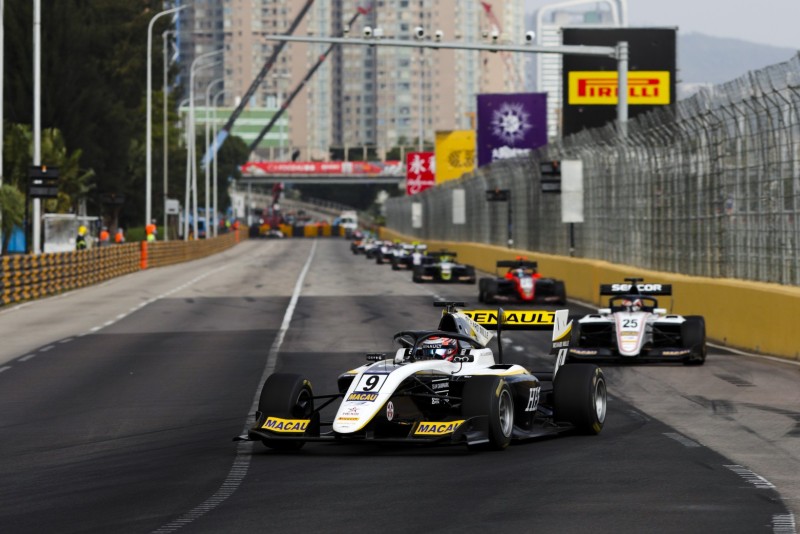 On paper, it sounds pretty bleak for Renault’s six Academy drivers. For F2 racers Christian Lundgaard and Guanyu Zhou, Formula Renault Eurocup champions Max Fewtrell and Oscar Piastri and French Formula 4 champions Caio Collet and Hadrien David – all drivers clearly with ability – it will be immensely difficult to see where any of them fit into an F1 team’s plans any time soon, let alone Renault’s. All but the F2 duo can claim they gained or retained their junior status as a prize for winning Renault-powered series.

For Zhou and Lundgaard especially, there will be added intrigue as they take on five of Ferrari’s juniors in F2. Only Williams junior Dan Ticktum and series veteran Artem Markelov might halt one of the two academies.

If a Renault junior takes the title and cannot find a F1 seat, but a Ferrari junior with less success finds his way into a 2021 Alfa Romeo seat, it would be an embarrassing watch as Renault looks for something else for its champion to do. An F2 return would be ruled out by FIA regulations, and Renault’s only in-house option outside of F1 would be a free Clio Cup drive, or relying on partner Nissan’s Super GT programme.

Not having a customer F1 team capable of slotting in a young driver should be a concern for Renault and for its Academy. By having Ricciardo and Ocon, if things go considerably better in 2020, then there is scope for that partnership to last a long time. Both are capable of being among F1’s elite, and therefore it would be counterproductive replacing an excelling Ricciardo with a junior graduate in 2021. But the point of having title-winning juniors in F2 still stands.

Ignoring the count of immediate F1 promotion being the absolute measure of success, then the Renault Sport Academy does have a lot to shout about. The day-to-day support and faith in its drivers is highly praised by those who have been recipients of its patronage, as is the experience of working at the Enstone F1 base. 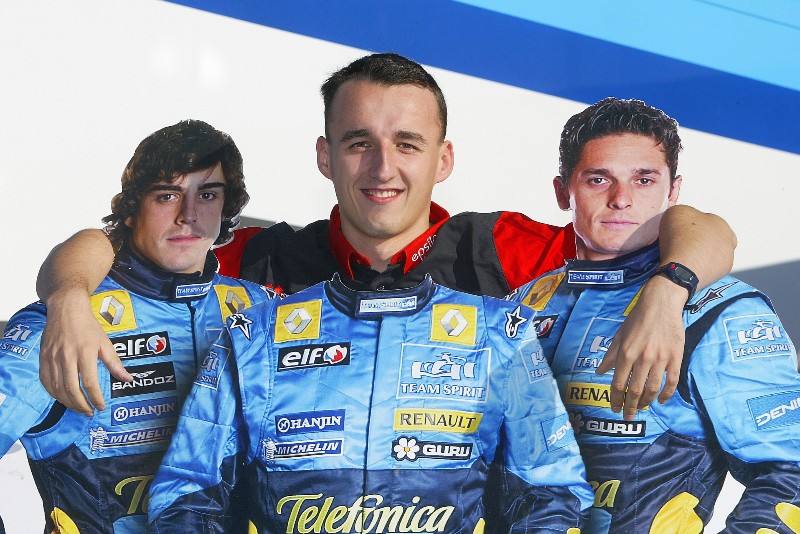 The first Renault young driver programme, and its Lotus successor, were also based at Enstone and they produced F1 race-winners, Formula E champions, Le Mans 24 Hours winners, World Touring Car champions and names that are still on the rise or in F1 now.

Driver programmes can be seen as vanity projects by some, and Renault has a long way to go to justify the existence and expense on its driver development venture. There are some brilliant talents at its disposal, so it is only correct that Renault finds the best possible route to F1 for them.

The current climate doesn’t seem to justify the effort that Renault sticks into this, but that’s not to say that the current crop has zero chance of making it into F1. In the scenario that Zhou is able to follow up his stellar rookie campaign with a F2 title, or Lundgaard achieves the feat as a rookie, it would be fascinating to see what the future would hold for those drivers.