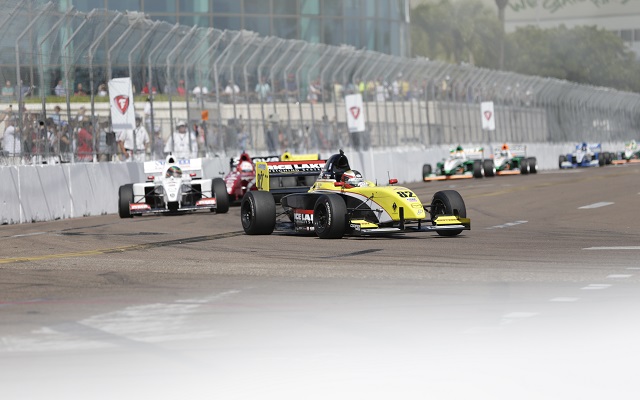 Starting from pole, Telitz had to withstand early pressure from race one winner O’Ward.

However, the Mexican failed to force him into a mistake and, with the gap slowly increasing, Telitz won the race by nearly three seconds.

Tan quickly worked his way through Cape Motorsports duo Nico Jamin and Jake Eidson but failed to keep up with his teammates.

Jake Parsons finished the race in fifth, closing the gap halfway through the race but ultimately unable to challenge the Frenchman.

Third on the grid, Eidson lost three places in the first couple of laps and a spin later on cost him another position, having to settle for seventh.

Will Owen?grabbed sixth as a result with Pro Mazda veteran?Garett Grist completing the top eight.