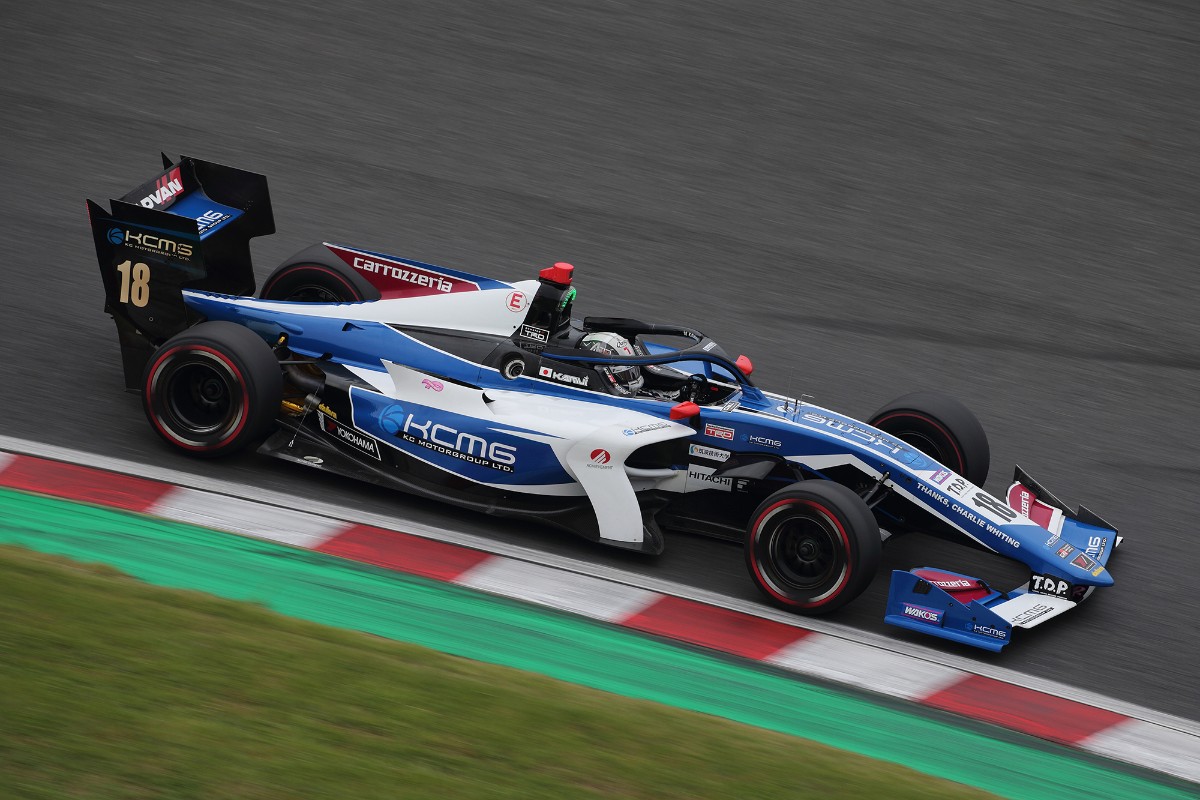 The Super Formula season opener at Twin Ring Motegi later this month will be without several of the signed drivers due to travel restrictions.

Strict immigration controls set by the Japanese government in wake of the coronavirus pandemic means drivers currently based outside of the country will be refused entry in time for the Motegi round on August 29/30.

Red Bull junior Vips had attempted to travel to Japan despite the ban on foreign visitors, and has a back-up Formula Regional European Championship campaign with KIC Motorsport already in progress in his pursuit of FIA superlicence points to race in Formula 1. He is set to be replaced at Mugen by Asian Formula 3 champion Ukyo Sasahara, who is highly rated by the team.

Calderon looks unlikely to be replaced for the SF season opener, while it is understood KCMG is seeking to fill its second car in Kobayashi’s absence due to the former F1 driver’s World Endurance Championship commitments in Europe.

Sette Camara will return to his F1 reverse driver duties with Red Bull until he’s allowed to enter Japan, and is currently racing in Formula E for Dragon Racing in the six-race Berlin season finale.

Motopark is considering parking its cars for Motegi, as both of its drivers bring budget, but its B-MAX association means its Japanese drivers in the supporting Super Formula Lights should be able to race in the first weekend of that series.

Overseas drivers have also been linked to the series for the upcoming season, but with no indication of when Japan’s travel restrictions will end it has put pay to several plans and could lead to a grid of less than 10 cars for the opening rounds.

On August 28, a pre-event test for both series will be hosted at Motegi as a replacement for the cancelled pre-season Suzuka test.

National FF1600 round at Anglesey cancelled, could reappear