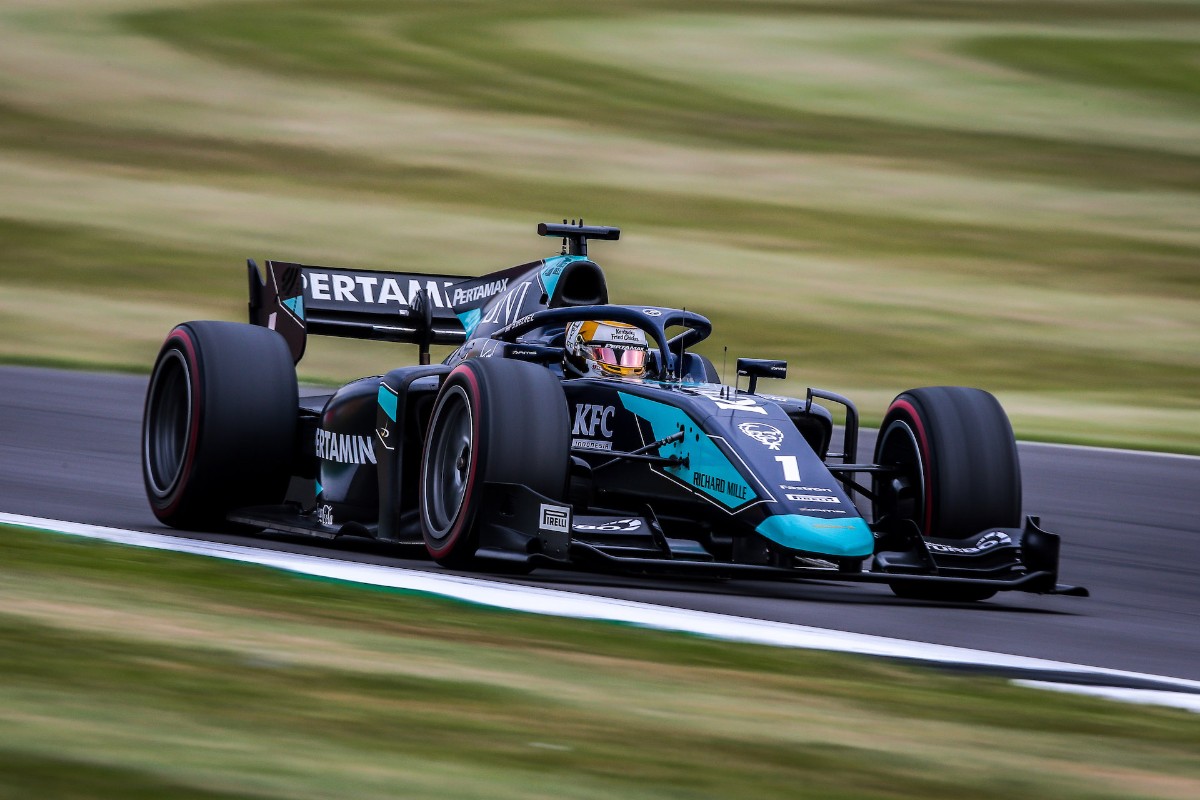 Gelael is in his sixth year in F2 but has only finished five of the 10 races held so far in 2020, and didn’t get to start the latest at Silverstone due to engine issues that have been “out of the team’s control” all season according to DAMS managing director Francois Sicard.

“It’s unacceptable to have such problems at this level, it’s always happening to Sean and ruining his year,” Sicard added. “We are in discussion with Bruno Michel and F2 about this as something must be done.”

Gearbox and engine issues ruined the Red Bull Ring season opener for Gelael, but he scored twice at the same circuit a week later when he had no car problems. A recurring hydraulic issue then forced him into retirement in the Hungaroring feature race, while a loose wheel put him out of the sprint race in the first of the two Silverstone rounds.

Michel addressed the situation in his regular post-round column on the F2 website this week.

“Since round one, through no fault of his team, his car has been riddled with mechanical issues that have ruined their season.

“It’s very frustrating for us and reflects badly on the championship that those failures keep happening, and that [engine builder] Mecachrome have not been able to fix them so far.

“I am really hoping that come round six in Barcelona, Gelael will be able to take part to the races and fight with the rest of the field.”

After a build up of frustrations last year, this time over steward decisions in the series, Gelael withdrew from both races at Silverstone while driving for Prema.

The Indonesian finished 17th in the 2019 standings, scoring only 15 points while team-mate to rookie Mick Schumacher. He scored almost twice as many the year before in his most competitive season to date, where he claimed a feature race podium at Monaco and also made a Formula 1 free practice appearance with AlphaTauri (then known as Toro Rosso).

Gelael’s reliability problems in the first round in Austria were replicated across the field on that occasion. F2 added a shakedown session prior to the second round to aid teams in resolving the issues, and cited the four month gap since pre-season testing as one of the causes.