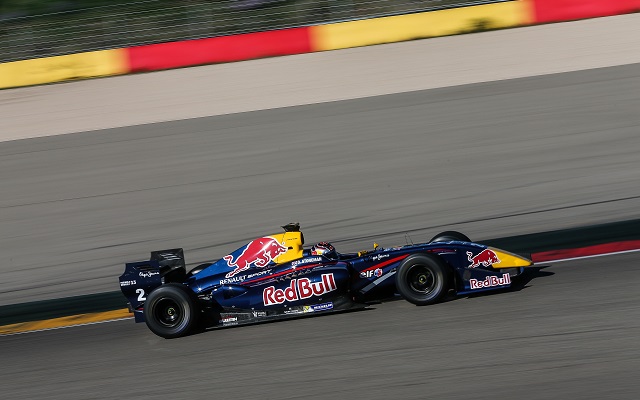 Dean Stoneman put an end to Matthieu Vaxiviere‘s dominance of the Formula Renault 3.5 test in Aragon, beating the Lotus driver to the top spot in the final session of pre-season running.

Vaxiviere – quickest in all three previous sessions at the Spanish circuit this week – was again quickest for much of the afternoon.

However, returning to the track after having a new clutch fitted by his DAMS crew, Stoneman went to P1 inside the final ten minutes with a 1m41.273s.

Beitske Visser held P2 at the chequered flag but had laps deleted for failing a weight check.

That promoted Vaxiviere back up to second, two tenths of a second short of Stoneman’s time. However, the Frenchman’s times of 1m40.635s and 1m40.662s on Monday afternoon and Tuesday morning respectively remained the best of the week, and he was the only driver to break below the 1m41s mark.

The second-year driver had arguably been the form man of the winter, topping four of the nine days of official testing since the 2014 season ended, and setting the pace in eight of the 18 half-day sessions.

“For sure it would have been good to continue my streak, but I was out of new tyres for the last session,” he said.

“To put in such a time in the afternoon is all the same excellent. We?ve done a good job with the car, and everything went well this morning. Beyond that, testing remains relative, we now have to see how it goes in the races.”

Half a second back in sixth was Carlin’s Tom Dillmann ahead of Arden man Nicholas Latifi and Draco regular Pietro Fantin. Facu Regalia ended his single day with Zeta this week in ninth with the second Arden driver Egor Orudzhev completing the top ten.