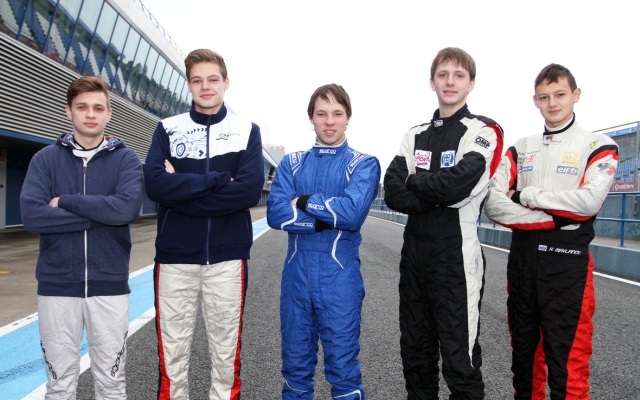 With six names having been revealed previously, SMP F4 organizers presented further five Russian drivers who will participate in the inaugural season of the series.

Probably the biggest name of the bunch is 16-year-old Nikita Sitnikov who has been one of the most successful Russian karters of the national and the European scenes.

Him and Alexey Korneev graduate from the Russian KF championship – where Sitnikov was runner-up and Korneev took fifth. Both will undertake the series in addition to previously announced French F4 programmes, similarly to the already confirmed duo of Nerses Isaakyan and Nikita Troitskiy.

Denis Mavlanov will arrive from the world of Rotax karting. His most notable result came this year, as he took fifth in the Senior class of the Winter Cup.

Artem Kabakov, also 17, has been racing in Legends Russia in 2011, taking third in the Semi-Pro class. He was in the same category the following year, while last season he was third-best in RTCC.