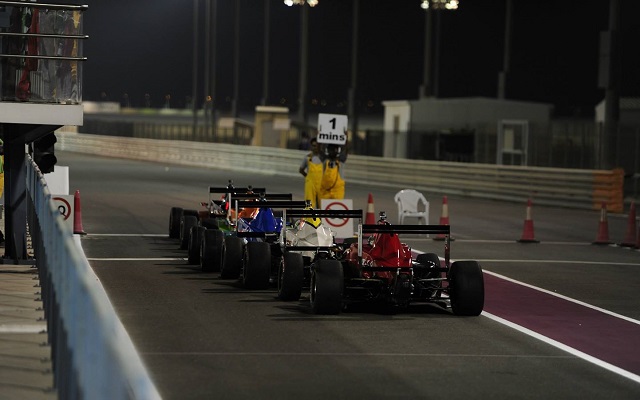 British driver Toby Sowery took a comfortable pole position in the first round of the 2014-15 MRF Formula 2000 Challenge season at Losail on Thursday.

The 18-year-old, who clinched the MSV F3 Cup this year, was on top almost for the whole session, and ultimately ended up over half-a-second quicker than Russian karter Nikita Mazepin in second.

GP3 driver Ryan Cullen, one of the sophomores of the series this season, was third fastest, and will share row two on the grid with Indian driver Raj Bharath.

Brazilian karting graduate Pedro Cardoso was ninth quickest, while Australian Dylan Young, a third-year driver in the series, brought up the top ten.

Earlier in the day, Sowery dominated proceedings in the two practice sessions, with Bharath in second place on both occasions.