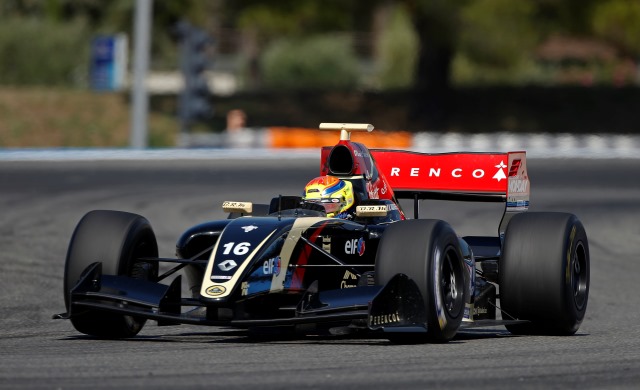 Matthieu Vaxiviere set the pace as the final round of the Formula Renault 3.5 season got underway at Jerez.

The Frenchman set a time of 1m28.823s to top the opening session of running at the Spanish circuit.

An encouraging second was Will Buller, who hasn’t finished a race higher than tenth since the first race of the season at Monza.

Matias Laine was third ahead of Buller’s Arden team-mate Pierre Gasly, who is chasing his maiden victory and the championship runner-up position this weekend.

Championship leader Carlos Sainz was ninth fastest. The Spaniard only needs to score six points on home soil to guarantee himself the title.

His rival Roberto Merhi didn’t enjoy a positive start to his weekend, finishing up 21st and last, 2.5 seconds off the pace.