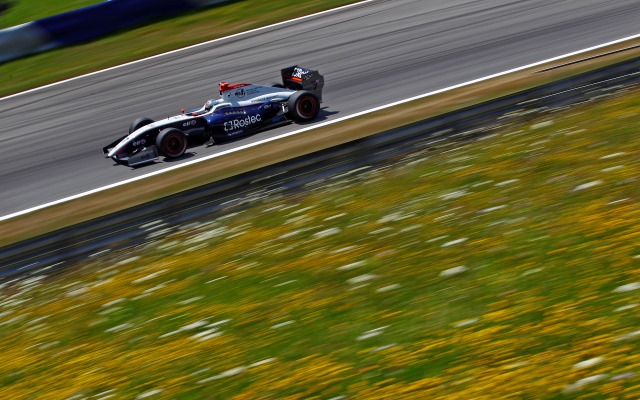 Sergey Sirotkin started the Formula Renault 3.5 weekend at Spielberg in the best possible way after this week’s announcement linking him to a Formula 1 race seat next year with the quickest time in first practice.

The 17-year-old Russian went to the top of the timing screens with a minute left of the one hour session, improving on his ISR team-mate Christopher Zanella‘s benchmark by 0.074 seconds to form a one-two for the Czech squad.

Arthur Pic finished up in third place for AV Formula ahead of Lotus’ Marco Sorensen and Draco’s Nico Muller. The second Lotus machine of Marlon Stockinger was sixth ahead of Pic’s team-mate Yann Cunha, who surprisingly held P1 with four minutes left on the clock.

Nikolay Martsenko was eighth for Pons ahead of DAMS’ Norman Nato, who was a regular pace-setter for much of the session before slipping back late on. Championship leader Stoffel Vandoorne completed the top ten for Fortec.

Riccardo Agostini was a strong 11th in his first session for Zeta Corse. Title contender Kevin Magnussen was 14th, having had a time deleted for exceeding track limits and a penalty that banished him to the garage for 20 minutes. Antonio Felix da Costa was 23rd of the 26 runners, only completing 13 laps when most did more than 20.

Matthew Solomon set to join Prema for Misano round