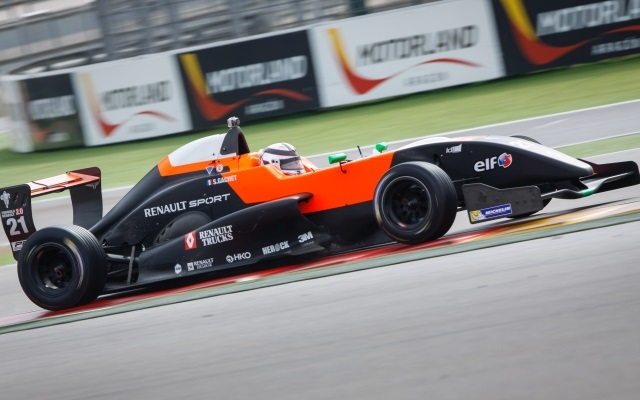 The afternoon session had several leaders but at the end it was Anthoine Hubert who ended up with the fastest time only to be relegated to third due to weight scale issues, allowing his Tech 1 teammate Gachet to take first again. Gachet was just over two tenths fastest than he had been in the morning.

Strakka’s Max Defourny, who hasn’t secured a seat for himself in the series yet, was fifth quickest just ahead of Matevos Isaakyan and Ben Barnicoat, who both are preparing for their first full-time Eurocup seasons.

The closeness of the session was demonstrated by the fact Kevin Jorg and Thiago Vivacqua in eighth and ninth was still less than three tenths behind Gachet’s benchmark time while French F4 champion Lasse Sorensen completed the top ten.