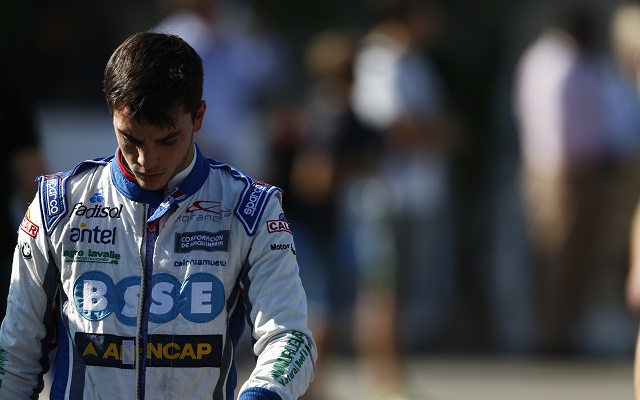 Santiago Urrutia and Patricio O’Ward will join the ranks of Road to Indy’s Pro Mazda Championship in 2015.

Urrutia, 18, was a race winner in Formula Abarth and European F3 Open in his first two full-time years in cars.

The Uruguayan went on to contest GP3 in 2014, but could not manage to score points, coming closest with an 11th in the Abu Dhabi finale.

“I am really excited about the upcoming season,? said Urrutia. ?Making the switch from Europe is a big change for me, but the Mazda Road to Indy is without doubt the place to be and I can?t wait to get down to work with Team Pelfrey.?

O’Ward, 15, was a multiple-time champion in karting’s SKUSA SuperNationals and made his European debut in Formula Renault 1.6 NEC in 2013, scoring in all six of his races.

The Mexican joined French F4 from round three onwards in 2014, finishing all but one race in the points and taking a maiden win at Paul Ricard on his way to seventh.

“I am really pumped and excited for this Pro Mazda 2015 racing season,? said O?Ward. ?I am extremely thankful for this great opportunity Team Pelfrey has given me. I have changed my focus from racing in Europe to racing in the United States on the Mazda Road to Indy.

“My objective for this year is to be the youngest ever Pro Mazda champion and then make the jump to Indy Lights Presented by Cooper Tires. In longer terms my goal is to reach the Verizon IndyCar Series and become the youngest ever champion.”

Team Pelfrey won the 2012 championship with current IndyCar driver Jack Hawksworth. They took one race win in both 2013 and 2014 via Spencer Pigot and Nicolas Costa respectively.

They kicked off the 2015 season by securing the Winterfest title with Koiranen’s Eurocup driver Jack Aitken.