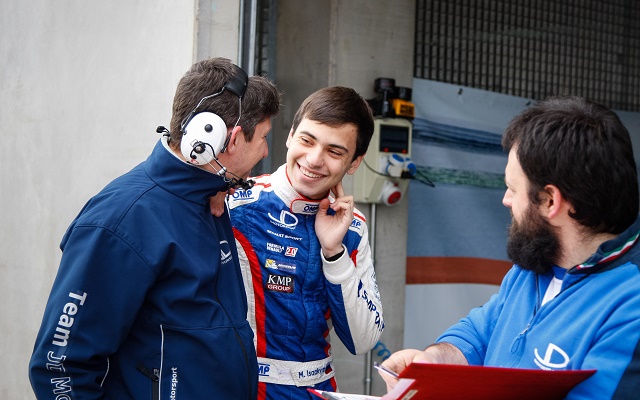 JD Motorsport’s Matevos Isaakyan was the pacesetter in the opening session of the second day of Eurocup Formula Renault’s pre-season test at Motorland Aragon.

Isaakyan took the lead from Tech 1’s Anthoine Hubert in the penultimate hour of the running and was unchallenged for the remainder of the session.

The Russian became the only driver to go below 1:55s in any session of this test thus far.

Tenth-placed Anton De Pasquale made it three Koiranen cars in the top ten.