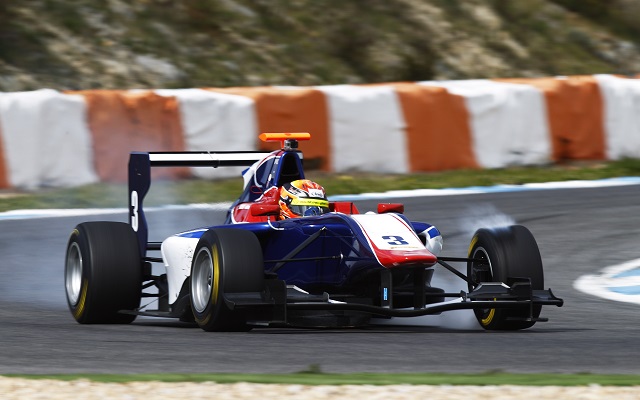 Mitch Gilbert ended the first GP3 pre-season test at Estoril with the quickest time of the afternoon session on day two.

The Australian went to the top of the times early on, and despite a raft of improvements behind him, his 1m28.517s was enough to hold onto P1.

That time was more than seventh tenths slower than the quickest time of the test, achieved by ADAC Formel Masters graduate Ralph Boschung earlier in the day.

Boschung’s Jenzer Motorsport team continued to look quick, with all three of their drivers making the top six in the afternoon after strong laps late on. Matheo Tuscher took second in the closing stages of the session, 0.111s off Gilbert, while Pal Varhaug and Boschung ended up fifth and sixth respectively.

Ahead of them were Arden’s Emil Bernstorff and Trident’s Luca Ghiotto.

Those two teams were also represented in the top ten by Kevin Ceccon in seventh and Artur Janosz in ninth respectively, sandwiched by Status driver Alex Fontana and followed by Gilbert’s Carlin team-mate Jann Mardenborough.