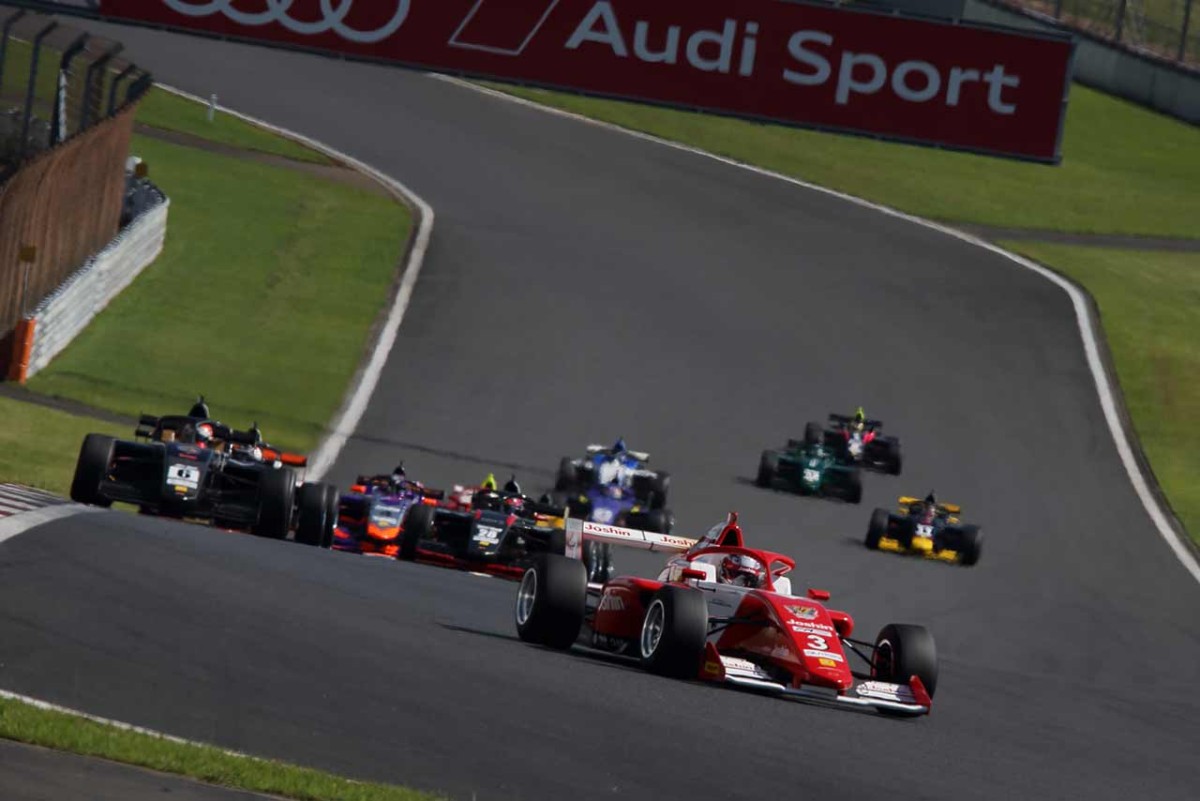 The Sutekina Racing Team driver missed the second round at Sportsland SUGO two weeks ago, after winning all three races at Fuji in the opening round in August.

Picking up where he left off he dominated the two-race round. He held the lead of race one going into the first corner and through the race managed his pace so Tomoki Takahashi couldn’t mount a challenge from second.

Sakaguchi had to hold off Takahashi again, who had gotten a slightly better start off the line, to keep the lead at the start of race two. Unlike the opening race of the weekend, Sakaguchi created a 7.2s gap between himself and second at the halfway point.

Takahashi was forced into a battle for second position at the pack behind started to catch up. Two laps from the end both TOM’S driver Yuga Furutani and Riki Okusa for Zap Speed were able to pass Takahashi for second and third respectively.

Despite the clean sweep of wins Sakaguchi is 14 points off the championship-leading Takahashi after missing the three races at Sugo.

Furutani added a third place finish in race one to his second place to solidify third position in the championship.

B-MAX Racing boss DRAGON took the Masters class victory with sixth and seventh in race one and two respectively, moving himself up into fifth in the overall standings.

Okusa had the best debut round of the five drivers to not compete in the earlier rounds, getting fifth in race one alongside his podium finish.

Daichi Okamoto achieved fourth and sixth place finishes while former W Series racer Miki Koyama claimed a seventh and a fifth on her return to racing.