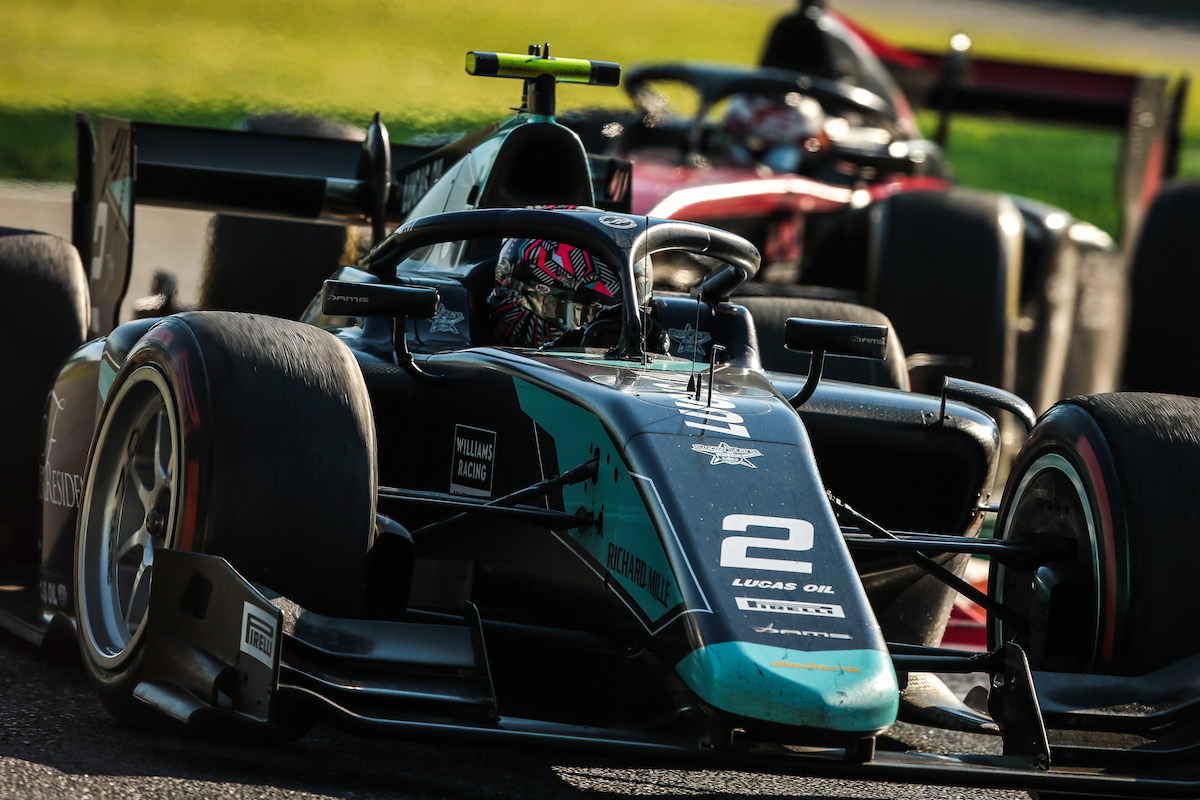 DAMS boss Francois Sicard has hit out at the Formula 2 championship organisers after a known fuel tank issue caused Dan Ticktum’s disqualification from his sprint race win at Monza.

Ticktum won the race from second on the grid but came to a halt on the slowing down lap after the first chicane. After the race, he appeared to question whether he would keep the win, saying “I don’t actually know the rules, but I crossed the line first, so I won,” in parc ferme.

Ticktum’s car only had 0.05kg of fuel in the car when it was scrutineered – less than the 0.8kg required for a fuel sample. This led to the disqualification from the race, handing the win to championship leader Callum Ilott.

In a statement the team’s managing director Sicard said: “This fuel tank problem has been known to the championship organisers and their suppliers for several races. The tank in Dan’s car was serviced three races ago, but we still had an issue. We had the right quantity of fuel for the race. In fact, we put too much in as a safety margin and it’s a miracle we finished.”

Sicard has already been critical of F2 reliability this season over the issues suffered by Sean Gelael, prompting CEO Bruno Michel to respond and say that those particular problems reflected badly on his championship.

“Over 12 races,” Sicard added, “the #1 car had six DNFs due to engine-related issues and now, like many other teams, we have problems with the fuel tank and our case has been the most extreme.

“We finished the race, but the fuel leak meant we failed scrutineering for something that is totally unrelated to the driver, the team and the engineers, who did their jobs well and properly calculated the fuel quantity.

“This has deprived Dan and DAMS of a great victory having dominated the entire race, and I understand why he is as gutted as we are.

“These issues cannot continue in such a championship, with the budgets required to participate and be competitive. It is simply unacceptable. Every team on the grid has had far too many problems out of their control since the beginning of the season.

“Overall reliability is urgently needed. This is a very competitive championship which has the potential to be great, but it is now up to the organisers and their suppliers to solve all these issues once and for all.”

Earlier, Ticktum stated on Instagram: “So everyone out there saying it was the teams’ fault can shut up. You aren’t at the track; you don’t know the situation until you hear it from the people who really know.

“It’s a big shame and yet another hideous dose of bad luck I have received during my career but I’ve had worse, so it is what it is. If I do make it, I’ll be stronger than anyone…”