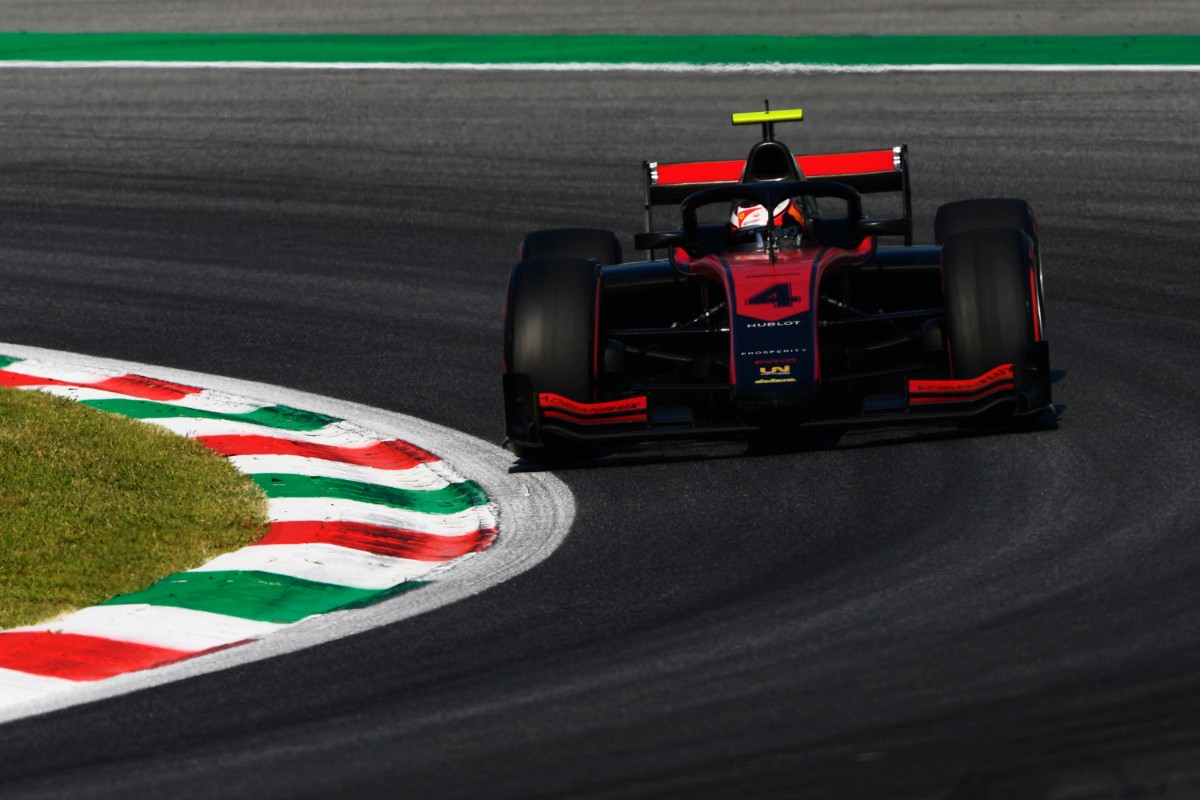 DAMS’ Dan Ticktum has been disqualified from the Formula 2 sprint race at Monza after lacking the required fuel sample, which hands the win to championship leader Callum Ilott.

Ticktum took a commanding victory in the sprint race from second on the grid but came to a halt on the cool-down lap for an unspecified reason just a minute after meeting the chequered flag as winner.

He was transported back to the paddock via the medical car, which parked the DAMS driver by the P1 board his car should have gone to.

““I thought it was quite good that he parked in the P1 spot, I liked that. It was quite funny. I enjoyed the lap in that; sounds good that thing,” Ticktum said post-race.

The FIA technical report for the race referenced Ticktum and revealed that he lacked the required fuel sample.

“With reference to Article 14.6 of the FIA Formula 2 Technical Regulations, after Race 2 [the Sprint race], it was not possible to take a fuel sample of 0.8kg of car number 2 [Ticktum]. Only a fuel sample of 0.05kg could be taken,” it read.

Ticktum was therefore disqualified due to his car not being able to supply a sufficient fuel sample, but he spoke to the press before that news was revealed to him.

“I don’t know what the problem was as I crossed the line, and obviously I stopped. I’ll have to have a look at that after; I have my ideas but I’m not going to say anything at the moment.

“Sort of ruined the moment a little bit, I’m not going to lie. It is what it is. I crossed the line first so whatever happens, in my mind I won.”

The disqualification gives Virtuosi Racing’s Callum Ilott, who had finished second, his third win of the season and extends his points lead over Prema’s Mick Schumacher to eight points.

Ticktum moves from eighth to ninth in the championship standings as a result, behind Charouz Racing System’s Louis Deletraz.