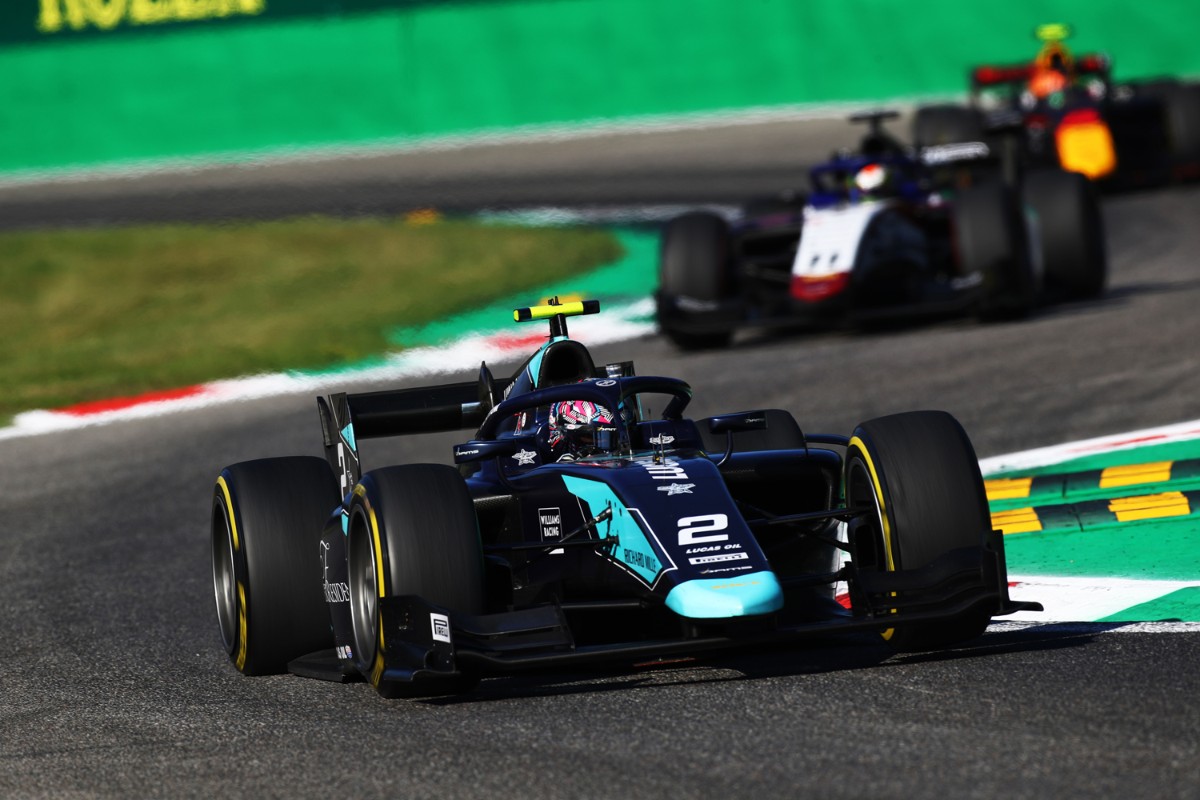 Ticktum started on the front row and immediately got past polesitter Louis Deletraz.

From there, he was able to open a gap of more than a second to the Charouz Racing System driver and control the race from the front.

Ticktum had to manage a late virtual safety car restart, brought about by a collision between MP Motorsport’s Felipe Drugovich and Trident’s Roy Nissany (which Nissany was penalised for), but the gap he had was sufficient.

Virtuosi Racing’s Callum Ilott retook the points lead by finishing second place, after getting past Deteraz midway through the 22-lap race.

ART Grand Prix’s Christian Lundgaard took his second podium of the weekend in third, and he pressured Ilott after the VSC restart but could not find a way past.

Prema’s feature race winner Mick Schumacher had to nurse a significant flatspot on his way to fourth place, but still finished ahead of Deletraz after passing him late-on and also Prema team-mate Robert Shwartzman.

Further back from the leading back was Carlin’s Jehan Daruvala and Campos’s Jack Aitken, who rounded out the points.

After a technical issue on Saturday, Hitech GP’s Nikita Mazepin recovered from the back to finish ninth, narrowly ahead of DAMS stand-in Juri Vips.

Technical issues bestowed two of the title contenders as Carlin’s Yuki Tsunoda and Virtuosi’s Guanyu Zhou both had problems that left them outside of the points.

Hitech’s Luca Ghiotto, who took a podium in Saturday’s feature race, had to pit for a new front wing after a collision with Aitken and finished out of the points.