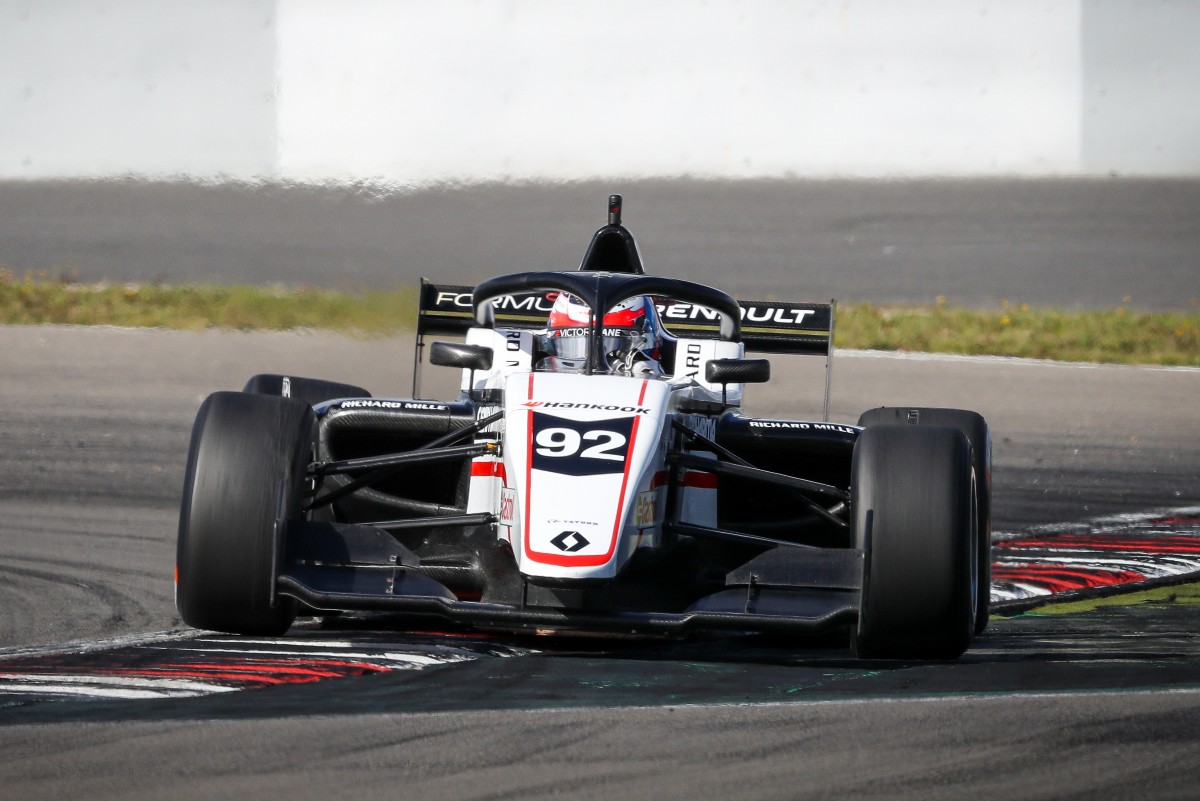 The Frenchman got a strong start and was able to pull away from team-mate Paul Aron, who got a good launch from fourth place.

From there, he was able to open up a gap even larger than the one he built in Saturday’s race and won by 9.013 seconds after a flurry of fastest laps.

Aron had a small gap over Gregoire Saucy in the battle for second, and Saucy had to work hard to round out the podium.

R-ace GP’s Caio Collet didn’t get a strong start from the front row and slipped to fourth. He pressured ART’s Saucy throughout the race but was unable to work his way through as overtaking proved difficult.

Also in the battle for third was Bhaitech’s Lorenzo Colombo, but he couldn’t make progress up the field.

MP Motorsport duo Franco Colapinto and Hadrien David had somewhat lonely races to sixth and seventh respectively, ahead of JD Motorsport’s David Vidales who is in just his second weekend racing single-seaters.

R-ace’s Petr Ptacek held the final points-scoring spot for much of the race but was passed by Cordeel on the final lap, and also nearly lost a spot to Arden’s Ugo de Wilde.

JD’s William Alatalo qualified in fifth but appeared to have a problem at the start. He pulled into the pits at the end of the first lap. He returned to the track towards the conclusion but finished 14 laps down.

Arden’s Reshad de Gerus retired early on after contact with Manor’s Tijmen van der Helm. That incident was investigated after the race.