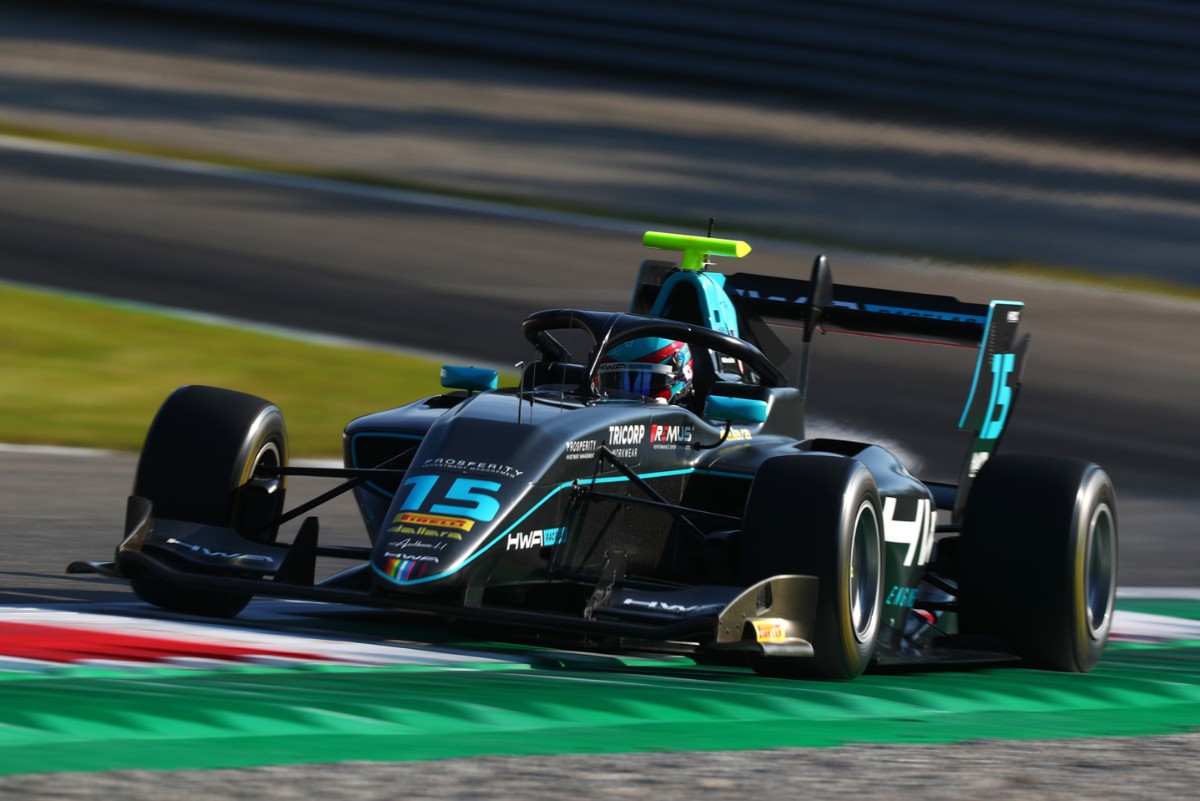 Oscar Piastri entered the race at the top of the points and was leading the fight for fourth when he and Carlin’s Clement Novalak collided.

Piastri was sent into a spin, sending the string of drivers running behind him wide in avoidance. David Schumacher and Mikhael Belov were both caught up in the incident, and both Piastri and Schumacher were forced to retire.

The incident swung the title fight in favour of Piastri’s Prema team-mate Logan Sargeant, who was climbing through the order after starting from the back of the grid. He was promoted to fifth by the incident, but then lost a spot to ART’s Theo Pourchaire.

Sargeant spent the second half of the race in a battle with team-mate Frederick Vesti. The pair ran side-by-side and swapped positions multiple times before Vesti’s front wing clipped Sargeant’s tyre, which caused a puncture for Sargeant and retirement for both.

At the front of the order, Lirim Zendelli had made a good start to dive past reversed grid poleman Belov and Enzo Fittipaldi and snatch the lead into the first corner. He spent the opening laps with Fittipaldi on his tail and the pair swapped places a handful of times before they made contact in a similar fashion to which Vesti and Sargeant would a few laps later.

Zendalli didn’t suffer much damage but a puncture for Fittipaldi dropped him down the order and out of the points.

Liam Lawson snatched the race lead from Zendelli as the Trident driver fell backwards, but wouldn’t hold it for long before HWA’s Hughes swept through.

Once ahead, Hughes did a good job of extending his lead, eventually finishing a comfortable 1.8s ahead of Lawson.