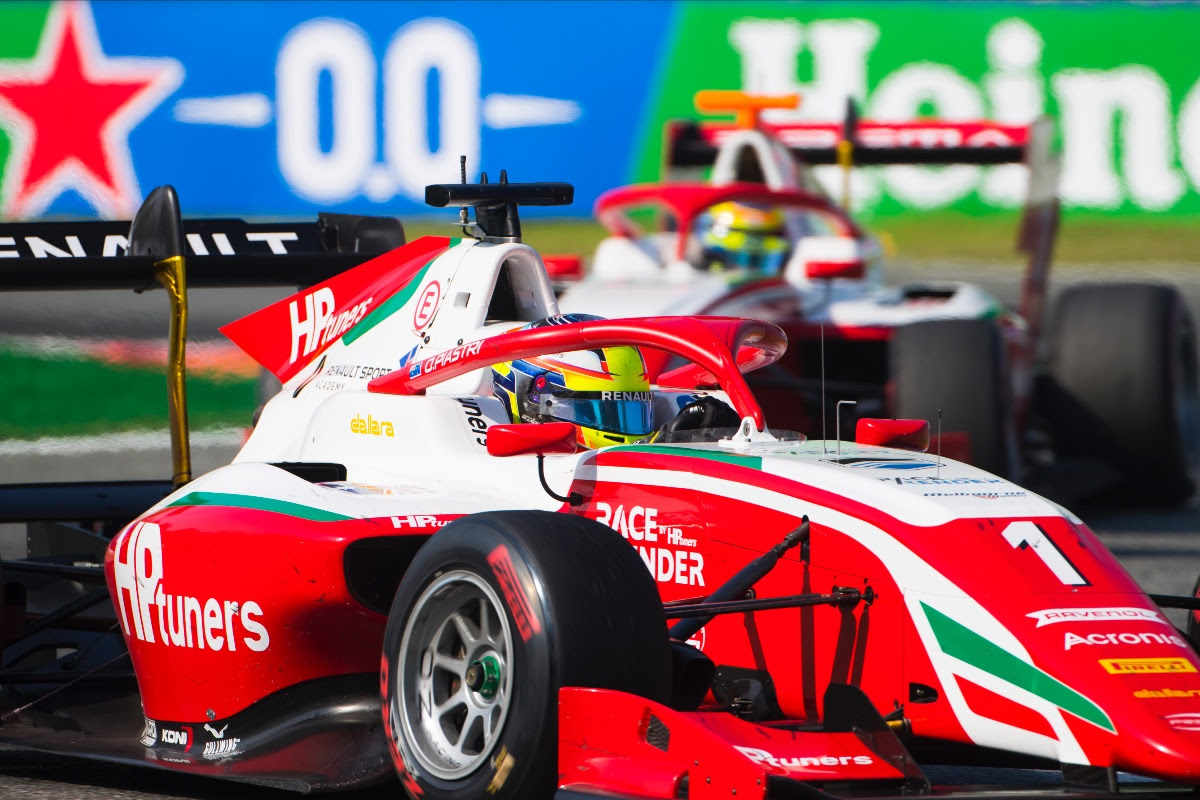 Prema’s Logan Sargeant and Oscar Piastri have been given grid drops for the title-deciding FIA Formula 3 Championship round at Mugello, while Alexander Smolyar has been handed a Monza podium.

Five drivers have been penalised in total for various incidents during the second race of the Monza round, including Hitech GP’s Liam Lawson who had finished in second place.

He was issued a 10-second penalty post-race for forcing Trident’s Lirim Zendeli off-track towards the middle of the race, and the punishment drops him to seventh. As a result, ART Grand Prix’s Smolyar is promoted to third and takes his first series podium.

Meanwhile, Piastri and Sargeant have been awarded five and three-place grid penalties respectively for the first race at Mugello season finale.

Piastri was supposed to be penalised 10 seconds in the second Monza race for forcing Trident’s David Beckmann off the road and ultimately ending his race, but this has been converted to a grid drop. Sargeant’s penalty is for colliding with team-mate Frederik Vesti – a move that ruined both of their races.

The final penalty is a disqualification for MP Motorsport’s Bent Viscaal for a breach of parc ferme conditions after a team member and not the driver re-attached the steering wheel without permission from the FIA’s technical delegate. Viscaal was initially classified in 11th.

These penalties mean that ART’s Theo Pourchaire passes Lawson for third in the points, while Lawson’s Hitech team-mate Pierre-Louis Chovet moves up a spot ahead of Renault junior Max Fewtrell – whom he replaced.